Seventeen meters long, six meters wide, and weighing more than 34,000 kg, the Antarctic Snow Cruiser was unlike any exploration vehicle the world had ever seen. Designed to tackle the most difficult and inhospitable place on earth, five explorers would live, work and sleep aboard the machine in isolation while they ventured into uncharted regions of Antarctica. 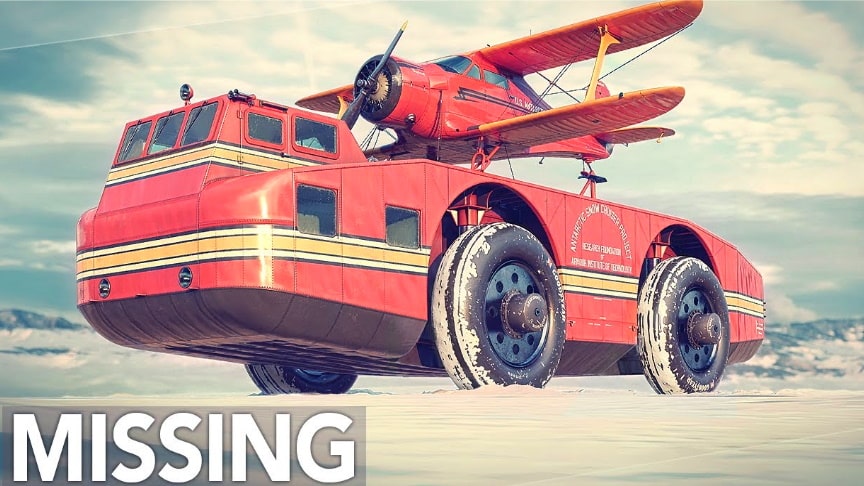 Equipped with enough food, fuel and supplies to last an entire year, the Snow Cruiser would carry the latest surveying instruments and tools. The enormous land cruiser would even carry a survey aircraft moored to its roof.By 1939 a global race was underway to claim portions of Antarctica./Mustard

The Antarctic Snow Cruiser would have a special role to play. Its main objective would be to reach the South Pole (only two prior expeditions had ever set foot on the South Pole prior to 1939). During its months-long trek, the Snow Cruiser and it’s aircraft would make surveys along its course, and in just a few months the Americans were expecting to explore more of Antarctica than all previous expeditions combined. The ambitious effort would help the Americans establish their own territorial claim on the continent.

But in the race to leave for Antarctica by the fall of 1939, the Snow Cruiser would have to be constructed in just 11 weeks, an incredibly short amount of time for such an ambitious, first of its kind machine. Soon, it would become abundantly clear that the Cruiser had been over-designed and under-tested, with extreme optimism seemingly guiding it’s design.//via read more: Mustard