Check out this awesome motorcycle powered by a 2500cc flat four Subaru Turbo Engine. This was one of many great bikes on display at the Evolution of the Motorcycle Show.Created by Marcel Van Hooijdonk, the Mad Boxer’ takes a subaru ‘WRX’ engine and pairs it with a kawasaki fuel tank, packing its ferocity in a bespoke shell. 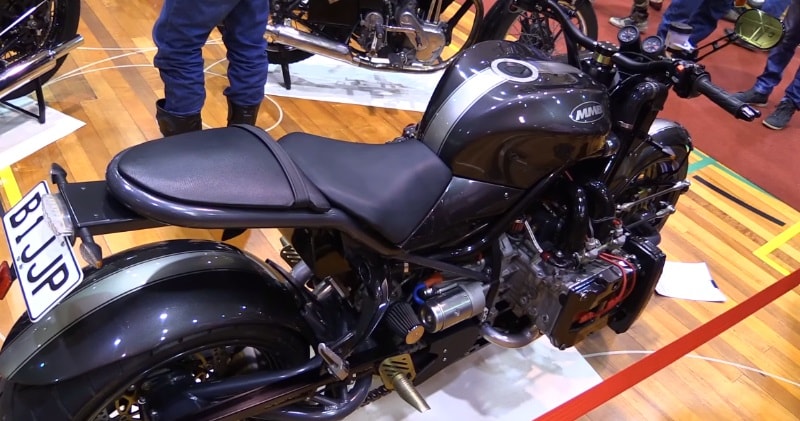 After sticking the engine between two tires and visualizing if the project was even remotely viable, Marcel drew up a plan in his head and got to work.

Marcel, the mad genius behind the bike, built the Madboxer from the ground up over a period of about six years with a 2.5-litre Subaru EJ25 250 horsepower at 6,000 rpm from a WRX as its heart.Marcel opted for a modified Japanese 2-speed automatic transmission, using a chain drive to get power to the rear wheel.

The turbo was swapped for a smaller, and faster spooling turbo from a twin turbo Subaru Legacy, while the Kawasaki fuel tank is one of the few other items not designed and built by Marcel in his shed in the Hawkes Bay.The bike is fully road legal thanks to the dedication of its builder.