It was the first example of the fearsome new German invention to be captured intact by the allies who seized it during fierce fighting in the Tunisian desert in 1943,captured by the British 48th Royal Tank Regiment in Tunisia during World War II. 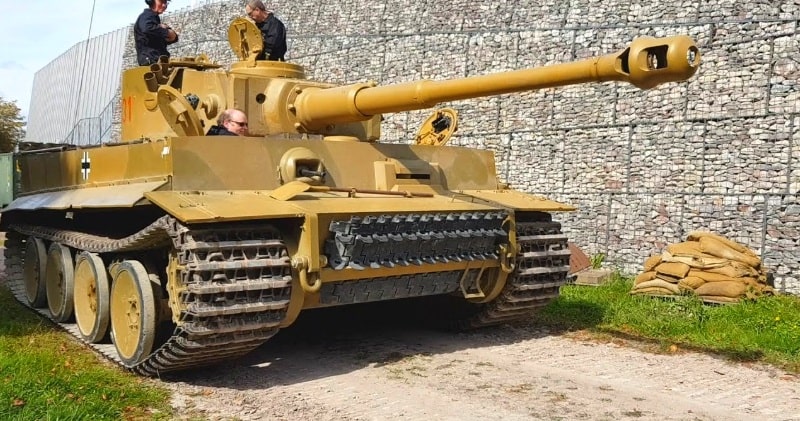 Preserved at The Tank Museum in Bovington, England, it is the only operating Tiger I in the world.The Tiger was still drivable, and the British quickly assigned a crew to take Tiger 131 as a prize, and return her to the Allied rear area where intelligence officers could evaluate the monster.

Its capture was considered such a coup that Prime Minister Winston Churchill and King George VI flew to north Africa shortly afterwards to be pictured alongside it.The Tiger tank 131 is the only surviving working World War II original in the world.

There are a few other Tiger tanks in museums but none of them have been restored in a working condition. The reasons why so few survived was because not many were made.