Tidal Energy is an “alternative energy” that can also be classed as a “renewable energy source”, the tidal power is another form of hydro power that utilises large amounts of energy within the oceans tides to generate electricity. 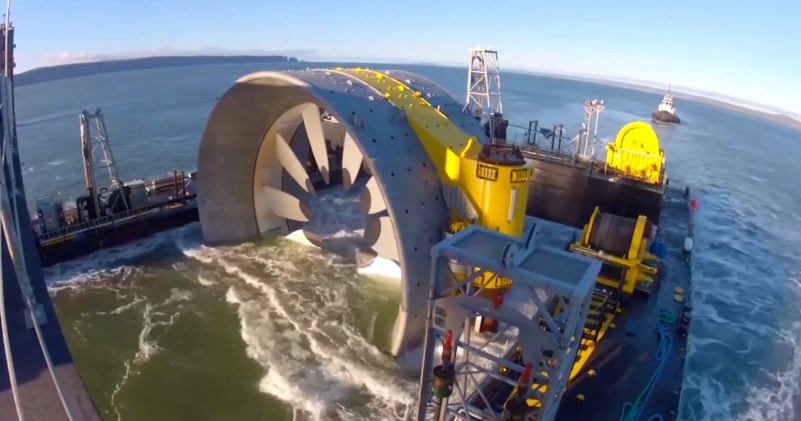 North America’s most powerful tidal turbine, an OpenHydro 2MW machine, is now lighting up homes in Nova Scotia after being successfully connected to the grid.

Cape Sharp Tidal – a joint venture between Emera and OpenHydro, a DCNS company deployed the Open-Centre Turbine on November 7th 2016 at the Fundy Ocean Research Centre for Energy (FORCE) in just two hours.

Twenty-four hours after deployment, the project’s marine operations team safely connected the turbine’s subsea cable with the FORCE on-shore sub-station.The turbine is 16 metres in diameter and is rated at 2MW. /OpenHydro Group

The turbine weighs approximately 300 tonnes and is predominantly a steel assembly.Mounted on the subsea base, the top of the turbine sits 20 – 25 meters above the seabed.The movement of the sea water is harnessed in a similar way using waterwheels and turbines to that used to generate hydro electricity./OpenHydro Group