The Rasa from Riversimple is a two seater ‘network electric’ car, powered by a hydrogen fuel cell. The engineering prototype has clocked over 60mph and has been weaving neatly through the traffic in London, as well as gliding down the country lanes of Powys. 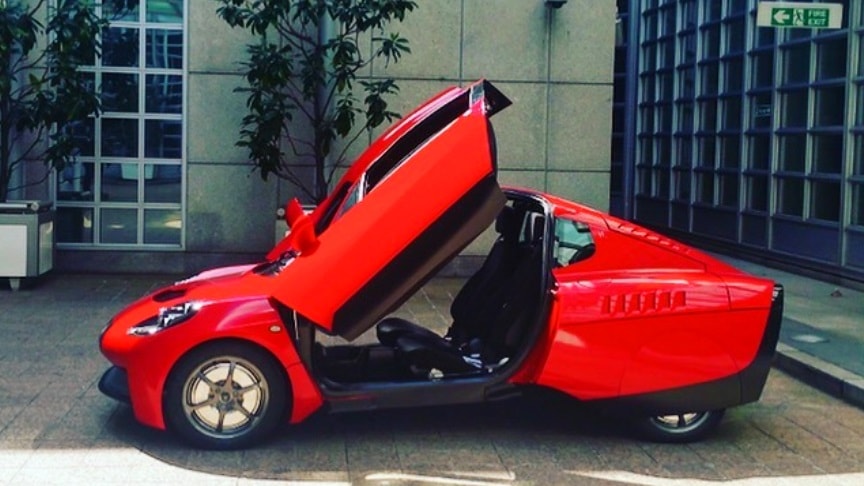 The chassis is a carbon fibre monocoque made from very lightweight but extremely stiff carbon fibre composites. The monocoque chassis weighs less than 40kg.To run the car, hydrogen is combined which oxygen which then allows the fuel cell to provide electrical energy. 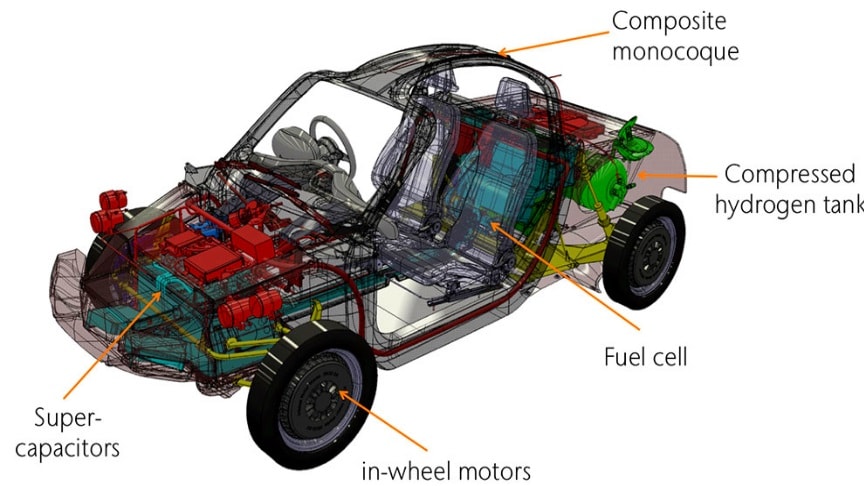 The hydrogen passes through a Proton Exchange Membrane in the fuel cell where it combines with oxygen to form water and electricity.The electricity then flows to the motors in each wheel.

These motors are small, lightweight and give the car 4 wheel drive.When the car brakes, the kinetic energy, that is normally lost in the form of heat, is captured as electricity.

It’s the synthesis of all these technologies that delivers the groundbreaking efficiency and range, many times better than inserting fuel cells into conventional, heavy, vehicles. The production prototype should do c.250 mpg (equivalent), with a range of 300 miles. Emissions are zero at tailpipe and c.40gCO2/km Well-to-Wheel – even if the hydrogen comes from natural gas.