Rowbike is a patented fitness machine that incorporates body fitness and including both strength training and cardiovascular exercise. 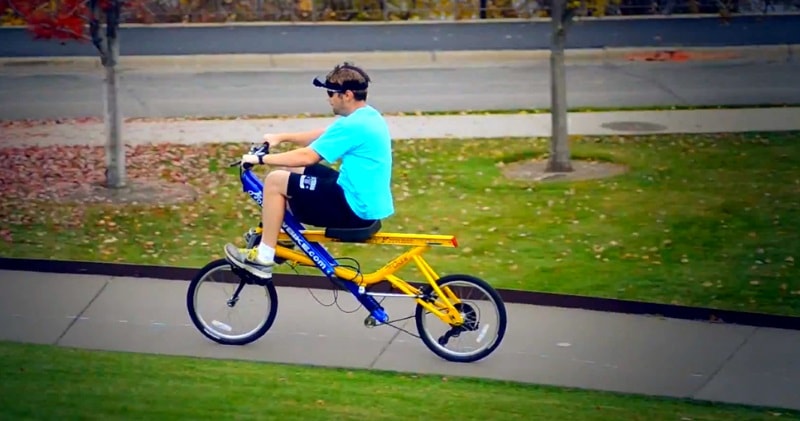 Rowbike is a trademark of the Rowbike company. The Rowbike was invented by Scott Olson. It’s a full-fledged transport bike for getting to places, too, with the pedal mechanism replaced with a stationary rowing drive.

Unlike traditional bicycles where power is supplied primarily by the rider’s legs turning pedals connected to the drive wheel through a looped chain, a Rowbike delivers power through a swinging lever that moves a chain back and forth over the rear cog in a reciprocating motion regulated by a bungee cord.

The rowing lever is large enough that a rider will normally utilize muscles from their legs, arms, back and abdomen to maintain a steady rowing motion to keep the Rowbike in motion. It has a seven-speed derailleur, with the gearshift mounted right on the handlebar, and caliper hand brakes for both the front and rear wheels.