To celebrate the 100th anniversary of the Bauhaus (May 2019), a Berlin design group has built a miniature model of the school’s historic Dessau workshop building, put it on wheels and taken it on tour. 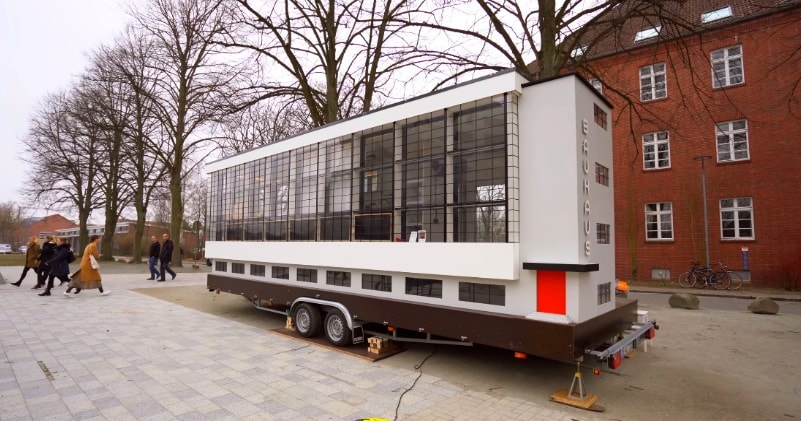 The “Bauhaus-Wohnmaschine” (Bauhaus living machine) is a 15-square-meter home and workshop that it’s architect, Van Bo Le-Mentzel, calls the “smallest two room apartment”. With the same glass facade, or “curtain wall”, it’s a shrunken clone of the iconic building.

The Bauhaus was a school of design founded by Walter Gropius to educate a generation of designers to “face the challenges of their ‘now’, write the Wohnmaschine designers (the Savvy Contemporary).

The group hopes to tackle the problems of their “now” with their mobile workshop which will make stops in cities like Berlin, Dessau, Kinshasa and Hong Kong.//faircompanies