Finally met the snake mimic caterpillar! Larva of a sphinx hawk moth (Hemeroplanes triptolemus).This may look like a small snake hanging from a plant, but it is actually a harmless caterpillar. 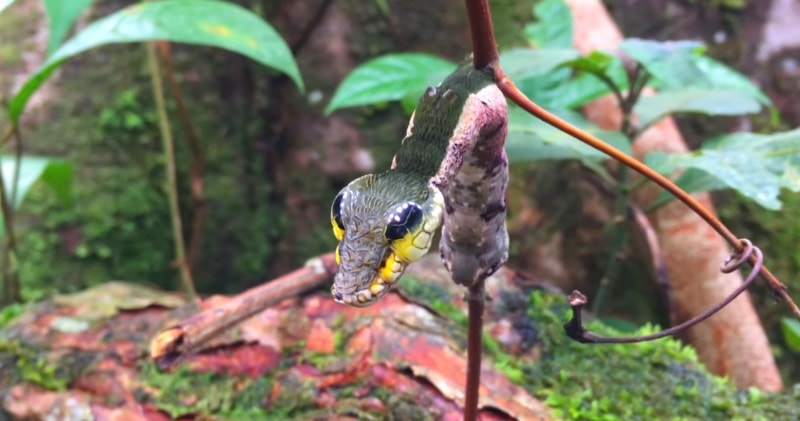 The Snake-Mimic Caterpillar swings its body back to expose the underside of its body giving the appearance of a dangerous snake, complete with eye patches and white spots on it to mimic reflection on the eyes.

Sometimes it also strikes like a snake to deter predators such as lizards or birds.The anterior head-end body segments of the caterpillar inflate to form a diamond-shaped head, when fully inflated the “eyes” of the snake-like false head seem to open.