Maybe it wasn’t as bad of an idea as you might think. In 1956, Goodyear combined their expertise in building inflatable airships and rubber tires, to develop an inflatable airplane. 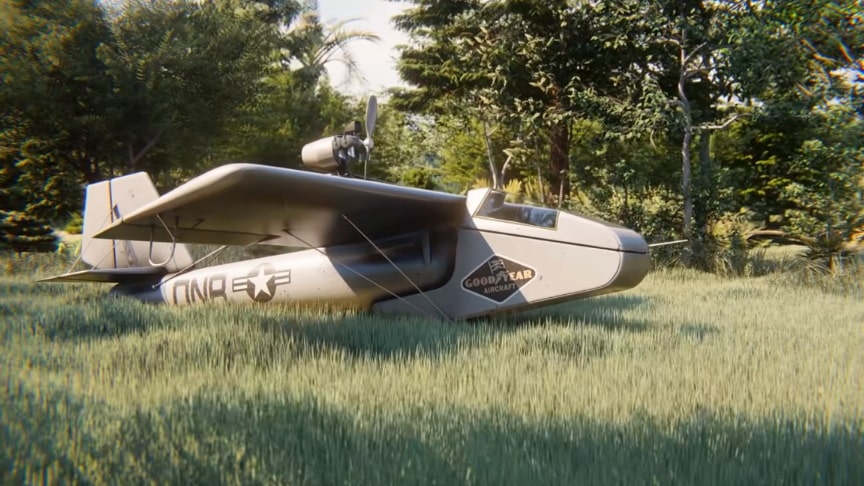 A plane small and light enough to pack up inside the family station wagon, that could be fully inflated and ready for flight in just five minutes. Watch the video by Mustard:

Earlier attempts at building inflatable aircraft had failed because inflated rubber was a poor material choice for aircraft, resulting in planes that were too slow, wobbly and structurally unstable to be of practical use.

But Goodyear’s newly developed material called Airmat promised increased rigidity when inflated, while still being lightweight and flexible to be packed up inside a small container With Airmat, Goodyear was convinced that they could develop an inflatable airplane that could help save lives. With research and writing assistance by Tomas Campos.//via.read more: Mustard