The UL-39 ‘Albi’ prototype is a small L-39 ‘Albatross’ replica designed at Czech University of Technology and built by LA Composites and Jihlavan Airplanes. First test flight on 4 April 2016 by Radim Sterba, Skyleader test pilot.The UL-39 Albi airframe, ducted fan and many other components are made from pre-preg carbon fibre composite which has been autoclaved for maximum strength.via: SkyFreedomAv 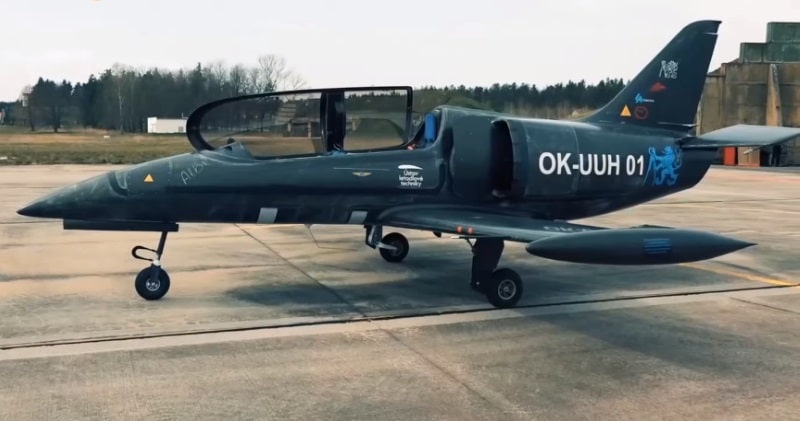 This prototype is powered by a 193 hp BMW S1000RR motorcycle engine driving the internal ducted fan. This propulsion layout, with its side intakes and rear nozzle, gives the aircraft the jet fighter look and feel.

With a wingspan of 7.2 m the UL-39 is designed for a maximum speed of about 180 miles per hour and a cruise speed of around 160 miles per hour.To keep the ducted fan rotating at an optimal rate, the engine will have to turn 12,000 rpm—continuously.

This is the first prototype. It is intended to develop the aircraft further and hopefully put it into production. One market is private aviation, but another is military. The price is estimated at Euro 180,000.