Made in Switzerland, Joystickbike e-bike provides exceptional sensations, has enough autonomy to go to work, and moves you quickly.The JoystickBike has been inspired by the goal of combining the sensations of an airplane pilot and those of riding a motorcycle. 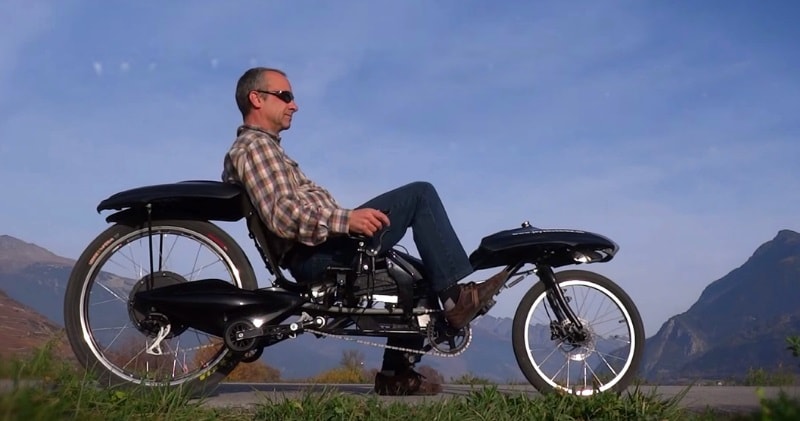 Designed by Yvan Forclaz the joystick controlled electric bike was first developed back in 2014 and after hundreds of hours of development the first Joystickbike was born.

JoystickBike it’s an electric-assist recumbent with a rear-mounted 400-watt electric drive and 72 V battery pack. And can reach speeds of up to 60 km/h. The consumer-ready bike can now have a 250W motor, 48V battery and can reach a top speed of 25km/h.

The bike is now ready for the users to get their hands on it.For a full bike kit, the pricing starts from $3000.Since then everything has accelerated : press coverage around the world, trade shows and many requests from a potential market to get a Joystickbike. The plans were made public and several joystickbikes have been created around the world.