AN AMISH BUGGY that would normally be drawn by horses has been fitted with a turbo jet engine. “It’s like oil and water, they should not go together,” jokes its creator Chad Clark. 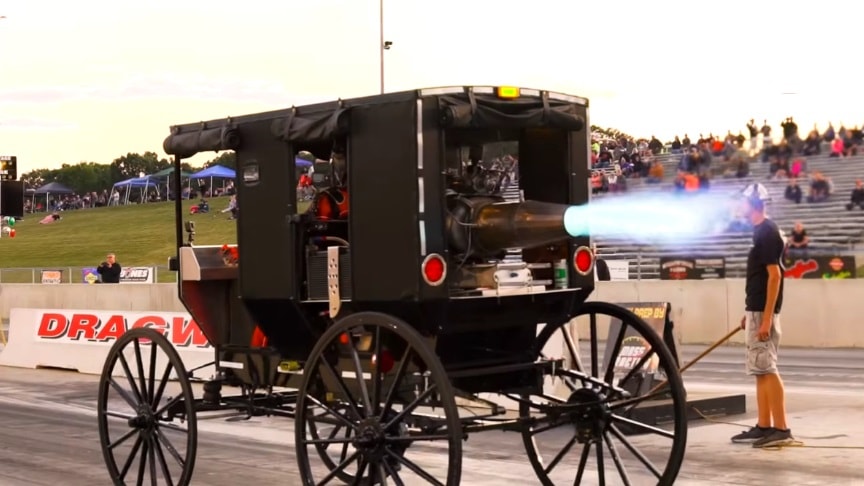 The outrageous project, built by Chad Clark and Mike Monter of Millersburg, Ohio, was originally meant to be something very different./ Barcroft Cars

“Mike and I were at our local county fair, I mentioned it would be really cool to build a turbine-powered four-wheel drive pulling truck,” Chad explained. Traditionally, these buggies would have been moved by horses so this particular one is far from conventional.

The engine design is technology from the 1940s, so that seems to fit here. The pair added a steel sub-frame to support the extra weight. They also modified the interior to add both aircraft and car gauges, and a racing with a seat for when it has to be driven.