The Altiplano Ultimate Concept, developed by the Piaget “Research and Innovation” division is the world’s thinnest mechanical hand-wound watch at just 2mm thick, the same size as the historical movement – Calibre 9P – to which it pays eloquent tribute. 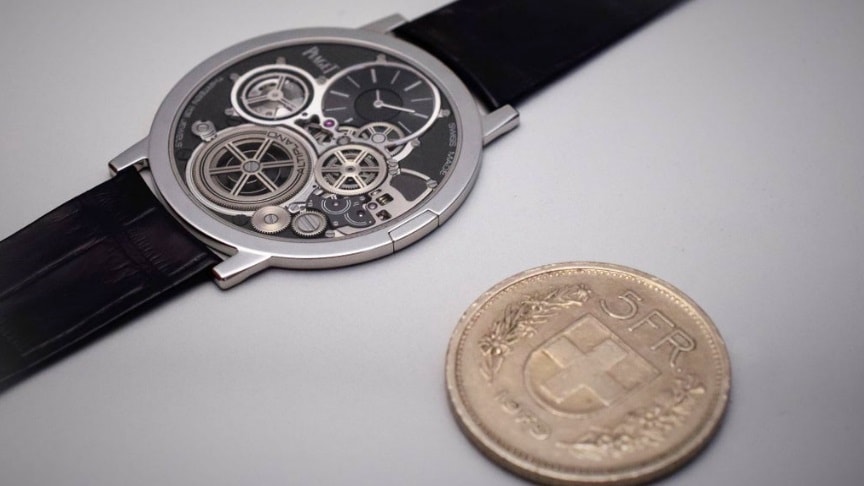 A new high point in the quest for supreme thinness, stemming from a combination of tradition and creative strength. This technical and aesthetic prodigy stems from four years of research and development and involved a team of three engineers working in closer cooperation with watchmakers, designers, case and movement constructors at every stage of its creation./Piaget

It also called for the implementation of unprecedented technical solutions pushing the boundaries of micromechanics and for the filing of five patents. This model represents a successful feat of miniaturisation that only Piaget could pull off, as it perpetually lives up to its motto “Always do better than necessary”.

Nurtured by its unique history and its exceptional mastery of ultra-thin horology, Piaget once again reaffirms its singularity and boldly raises the issues of miniaturisation’s technical limits that the Manufacture continues to roll back… and does so while unfailingly demonstrating its extreme concern for elegance../Piaget