Satellite imagery reveals a doomsday bunker hidden within the remote landscape of the Arctic circle.It was designed as an impregnable deep-freeze to protect the world’s most precious seeds from any global disaster and ensure humanity’s food supply forever. 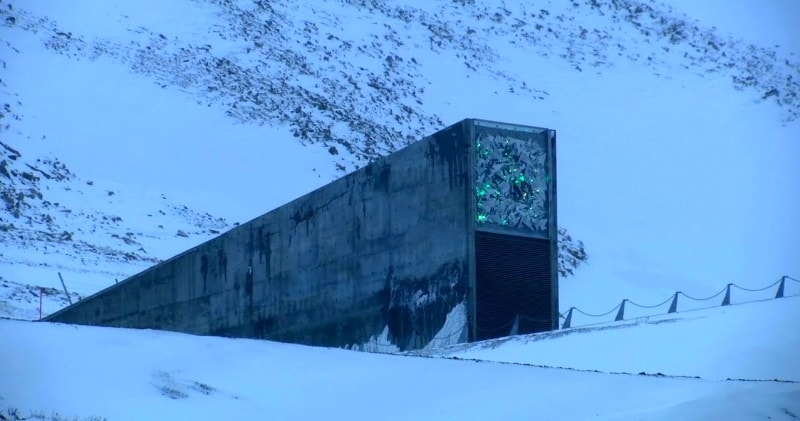 The vault is on the Norwegian island of Spitsbergen and contains almost a million packets of seeds, each a variety of an important food crop. When it was opened in 2008, the deep permafrost through which the vault was sunk was expected to provide “failsafe” protection against “the challenge of natural or man-made disasters”.

The seed vault is an attempt to ensure against the loss of seeds in other genebanks during large-scale regional or global crises. The seed vault is managed under terms spelled out in a tripartite agreement between the Norwegian government, the Crop Trust and the Nordic Genetic Resource Center (NordGen).

The Norwegian government entirely funded the vault’s approximately 45 million kr (US$9 million) construction.[7] Storing seeds in the vault is free to end users, with Norway and the Crop Trust paying for operational costs.