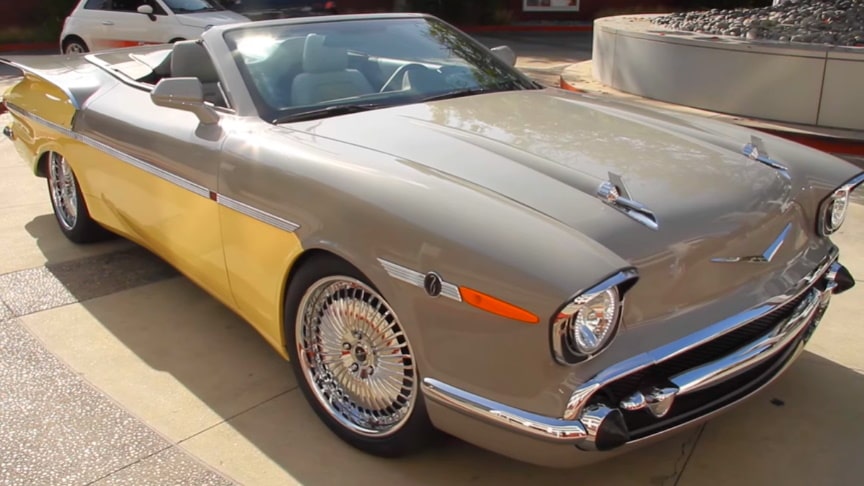 The front end of a ‘57 Chevy Bel-air, the middle of 1958 Chevy Delray Ragtop, and the Iconic “Bird in Flight” rear-end of the ‘59 Impala have been merged for the ultimate homage to 1950’s Americana that took an incredible 5,000 hours to perfect.

These three vehicles are all instantly recognizable classics celebrated by people around the world.The 789 offers the best of both worlds: retro looks and styling, and it will fire up every time you turn the key./Barcroft Cars