The United States military flat-out and repeatedly denied any possibility of extra-terrestrial craft as accounting for any sightings or footage of strange flying objects or lights in the sky. Pride of the US fleet, the nuclear-powered USS Nimitz, was operating training exercises off the coast of mexico in winter of 2004. The Nimitz was ordinarily docked at the U.S. Navy base in San Diego, so its manoeuvres in the Pacific Ocean that November could be considered ‘close to home’ and routine. 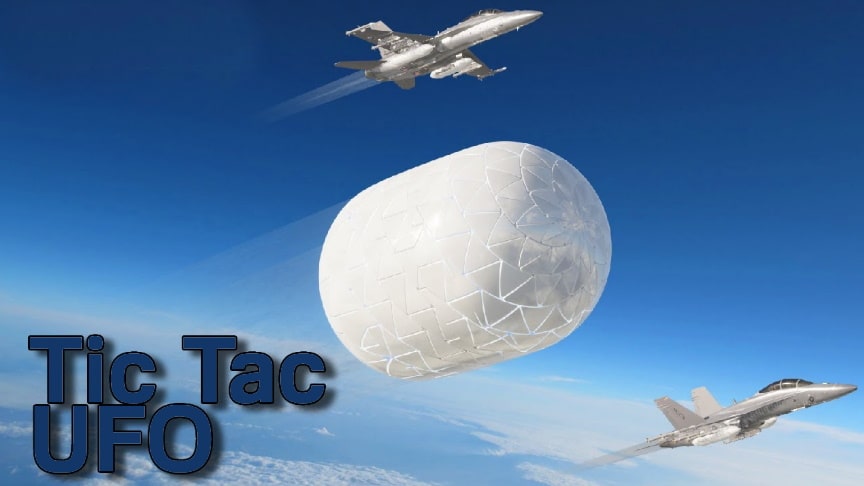 This state of the art ship was testing a new highly advanced radar on board, which had been picking up mysterious objects for several days prior. By that morning on the 14th, it was decided on the Princeton that these unidentified objects had to be somehow intercepted – and if possible, stopped!The carrier group had two fighter jets already performing training missions in the area, and it was thought that it would be their best bet at witnessing what ever the heck these objects where./Found And Explained

They were ordered to stop their training and immediately proceed to new coordinates for what the operations officer on board the Princeton called “a real-world task”.Fighter jet pilots Alex Dietrich, and her them commanding officer, David Fravor, were the two pilots tasked to investigate the mysterious radar contacts. Upon approaching the designated area where the radar contact had been located, they first noticed an unusual ‘churning’ of the ocean surface. A foaming mass that looked like a large aircraft submerged under the water.But its what they witnessed next that was even more unsettling.

They would comment that what she saw was, in her own words, “so unpredictable—high G, rapid velocity, rapid acceleration. So you’re wondering: How can I possibly fight this?”The object was around 50-100 meters wide, and was seen as at least at big as the F-18.Fravor, was a decorated pilot instructor and 16-year veteran of the Navy’s famous ‘Top Gun’ program for fighter pilots, yet he was as stunned by what he saw. He would also describe how the object would bounce from one side to another, as if it were a ping-pong ball being thrown against the wall.via/read more: Found And Explained