In today’s video you’ll see a badass Toyota Levin Corolla Sprinter Trueno AE86 drifting around Modena circuit.The name of this Corolla model was taken from one of the New Zealand venues of the Tasman Series motor races. 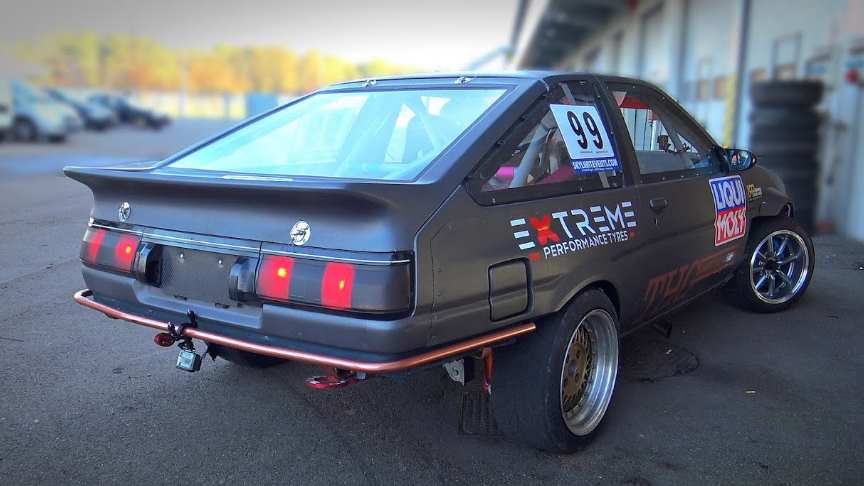 The car has been built by THG Driftschmiede and it’s powered by a Toyota 1JZ-GTE single turbo inline 6 engine which is able to produce around 500 horsepower!

In this generation, the Corolla Levin came with fixed rectangular headlights which distinguished it from the Sprinter Trueno with retractable headlights.The 0-62mph dash takes 8.3 seconds and top speed is 122mph. A five-speed gearbox sends drive to the rear wheels.

The Toyota JZ engine family is a series of inline-6 automobile engines. A replacement for the M-series inline-6 engines, the JZ engines were 24-valve DOHC engines. The JZ engine was offered in 2.5- and 3.0-litre versions.