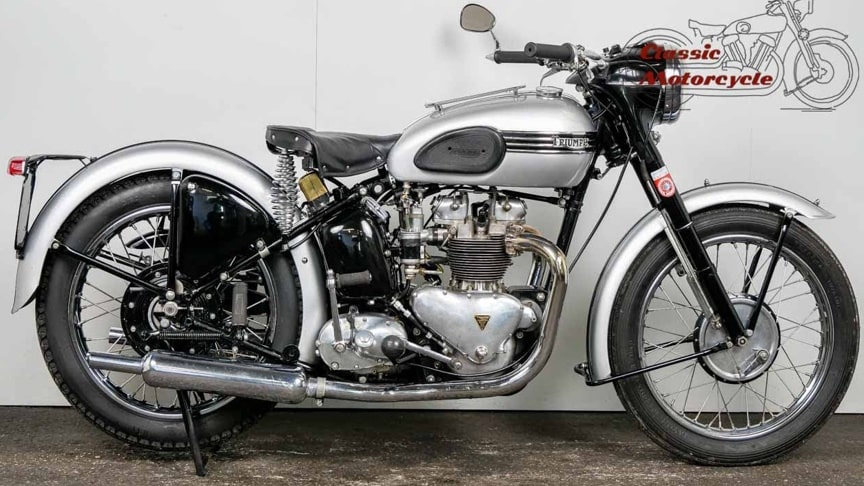 The machine has a very detailed documentation. It was produced on 1/22/1953 and delivered to Jules Praillet, Belgium on 1/27/1953. There are old pictures as well as invoices, records of history and some interesting spare parts.

The Triumph has a certificate from the Triumph Club in the UK and papers from Austria and Germany. She is very fast and is in running condition.