This is the never build Tupolev Yu-404Back in the 90s, airports were full. for major hubs, there were no more landing slots available and airlines simply couldn’t run more services. Hence, the solution was bigger planes. Our story begins at the end of another – the break up of the Soviet Union. With the USSR no longer together, those at Tupolev saw that there was still demand for jets in this new capitalist economy and that they would need to be more innovative to compete against the west who could now enter the market – the defacto government monopoly was no longer guaranteed. 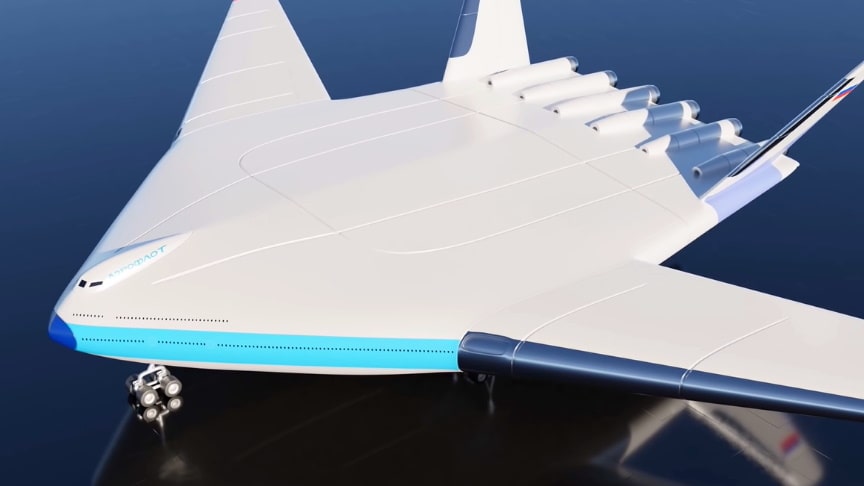 Thus they came up with two aircraft designs, the Tu-304 and the Tu-404.The tu-304 would be a traditional aircraft with a squashed body. It would have 300-400 passengers depending on configuration and feature three rows in a 2-3-3-2 configuration.The Tu-404 would end up being far bigger than anyone first imagined. Originally the team went with a traditional wing design that a double-decker aircraft, 86 meters long with a wingspan of 77 meter – like the A380 but without the light saving materials, making it too heavy for any real economical savings.

This radical design would be a ‘blended wing’ model, with a wingspan of 110 meters, and would be 59.7 meters long. It would be designed for long range missions, capable of flying up to 13,500 km (8,400 mi, 7,300 nmi) at cruise speeds.For power, the aircraft would either have six propfan engines. The former being offered as it would be cheaper and more available in the new Russia, at a cost of fuel efficiency.

The passenger cabin would make up around 1/3 of the interior space of the wing and would be split up into six double-decked sections for a total of 1214 seats in all economy. If it had a typical business class configuration seen on a plane today, then the total would only be around 750 passengers. The middle of the plane behind the passenger section would be a vast cargo compartment.While there is little information about what the cabin would look like, we can’t imagine it would be the most comfortable. via/read more: Found And Explained