Designed, constructed, owned, and occupied by Australian director Patrick Murphy, The Ultimus Prime pulls a trailer containing a dirt bike, an off road car, and two-seat helicopter that Murphy launches out of his trailer, presumably to re-enact scenes from Mad Max 2.PATRICK Murphy’s two-storey RV took two years to build and takes just an hour-and-a-half to set up. 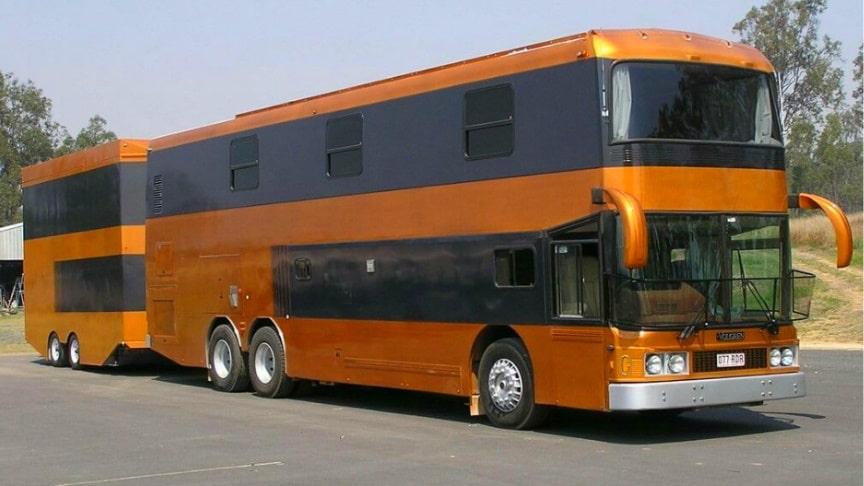 The two-seat helicopter straps to the roof of the Ultimus Prime when it’s on the road.The coach itself has an upstairs balcony, a TV, sinks, drawers and a host of amenities that frankly lose their luster next to the helicopter.

His helicopter springs out of the trailer like a transformer so the bus is appropriately named “Ultimus Prime” and is constantly a hit at events around Australia.

The lower deck of the bus houses the film production equipment and the upstair has living quarters, a MAC editing suit, and a retractable sound booth. There are two kilowatts of solar power on the roof to make it all turn on and when the sun ain’t shining, not often in Queensland, the on board 15 kilowatt auxiliary power plant is big enough to power up three normal sized homes.via/read more: Patrick Murphy