Hydroelectric generation uses water power to drive turbines and is an important means for producing the electricity so essential for modern life. Facilities have been becoming smaller, with generators able to use diverse water power sources. 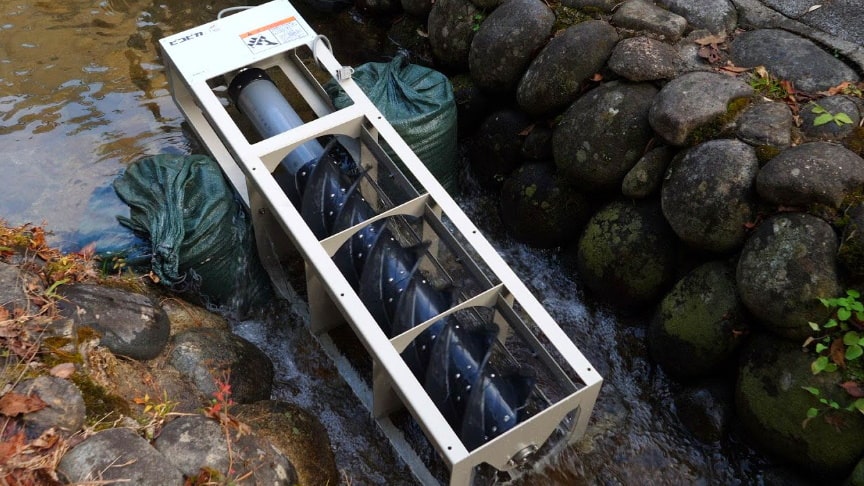 We’ll look at an ultra-small generator developed in Gifu that’s highly portable and works even with shallow, slow moving water. Already tested powering street lights, it promises to allow people in the world’s remote regions to generate their own electricity for the first time.

PicoPica10 is a unit that enables around 10W generation by securing a flow of 10ℓ/sec and a head of 0.1m. This product can be manually assembled and utilized as security lighting, drawing power from a nearby waterway. PicoPica10 has already been sold over 500 sets within Japan as an environmental education material.

Like other hydroelectric and renewable source power generation, pollution and consumption of fossil fuels is reduced, though there is still typically an environmental cost to the manufacture of the generator and distribution methods./Japan Video Topics – English