A team led by University of Utah biomedical engineering associate professor Gregory Clark, has developed a way for the “LUKE Arm” (named after Luke Skywalker’s robotic hand from “The Empire Strikes Back”) to mimic the way a human hand feels objects by sending the appropriate signals to the brain. 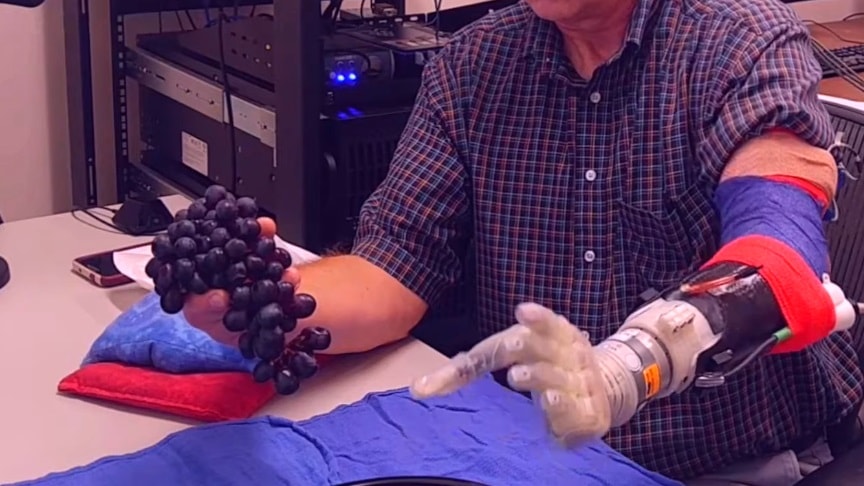 The LUKE arm is the only commercially-available prosthesis with a powered shoulder, allowing a shoulder-level amputee to reach over their head. In its shoulder configuration, the LUKE arm features ten powered joints.

The arm is made of mostly metal motors and parts with a clear silicone ‘skin’ over the hand. It is powered by an external battery and wired to a computer.

The LUKE arm has a flexible control system that allows the arm to be controlled by a variety of input devices.The array interprets the signals from the still-remaining arm nerves, and the computer translates them to digital signals that tell the arm to move, a bundle of 100 microelectrodes and wires implanted into the amputee’s nerves in the forearm.