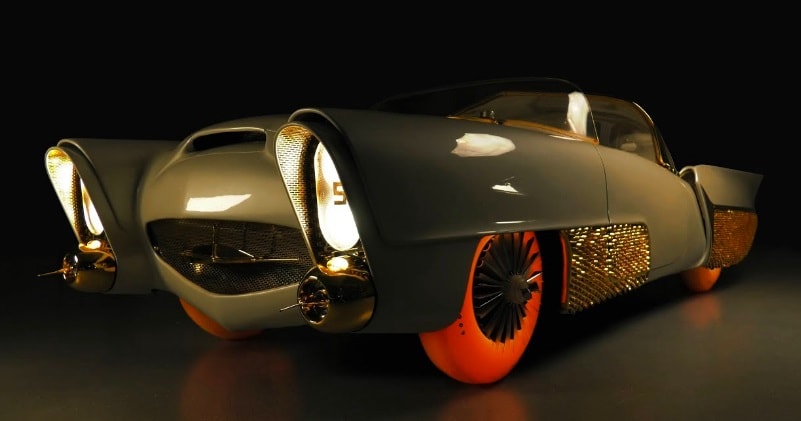 An iconic custom car of the 1950s and 60s, the Golden Sahara II was one of the first concepts of autonomous vehicles and was fitted with glowing, see-through tires that were custom developed by Goodyear.

The Golden Sahara II was fitted with state-of-the-art technology. It featured a control system with an aircraft-inspired control lever for acceleration, braking and steering and an automatic braking system that used sensors to detect potential objects in the car’s path.

The car’s tires were developed by Goodyear using Neothane, a translucent form of synthetic rubber, and contained internal lighting, which allowed them to glow.