America’s NEW Super SR-72 Hypersonic Aircraft is Finally Ready After Upgrade!The SR-72 is a new hypersonic demonstrator aircraft to be developed by Lockheed Martin under its Skunk Works or Advanced Development Programs, to meet the requirements of the United States Air Force. 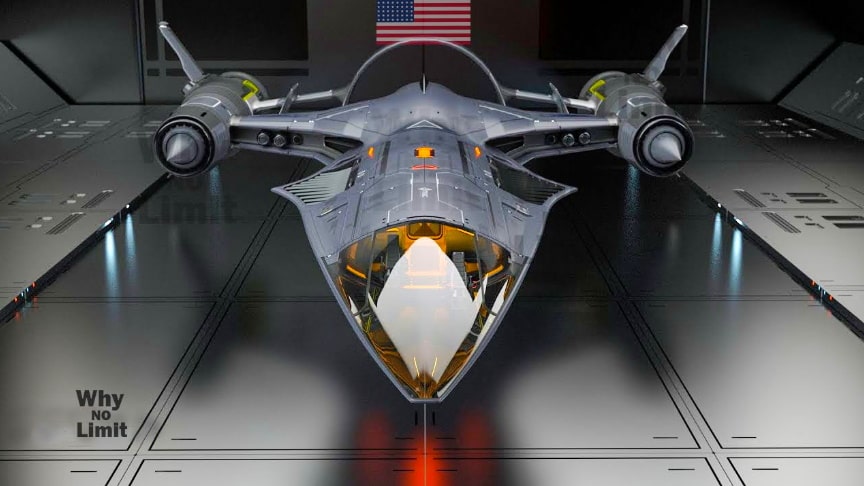 Unconfirmed reports about the SR-72 date back to 2007, when various sources disclosed that Lockheed Martin was developing an airplane able to fly six times the speed of sound or Mach 6 for the United States Air Force.To attain its design speeds, Lockheed Martin has been collaborating with Aerojet Rocketdyne since 2006 on an appropriate engine. The company is developing the system from the scramjet-powered HTV-3X, which was canceled in 2008.

The SR-72 is envisioned with an air-breathing hypersonic propulsion system that has the ability to accelerate from standstill to Mach 6 using the same engine, making it about twice as fast as the SR-71. The challenge is to design an engine to encompass the flight regimes of subsonic, supersonic and hypersonic speeds. Using turbine compression, turbojet engines can work at zero speed and usually perform best up to Mach 2.2.

At speeds of Mach 5 and above, aerodynamic heating creates temperatures hot enough to melt conventional metallic airframes, so engineers are considering composites such as high-performance carbon, ceramic, and metal mixes, for fabrication of critical components. Such composites have been used in intercontinental ballistic missiles and the retired Space Shuttle.The SR-72 is to be similar in size to the SR-71 at over 100 ft (30 m) long and have the same range, with entry into service by 2030.