The Lazareth LM847 is a four-wheel machine designed by French custom builder Ludovic Lazareth. Lazareth LM847 is a 4 wheel tilting motorcycle, powered by a Maserati V8 engine delivering 470 bhp. She angles thanks to a specific kinematics design with independent suspensions. 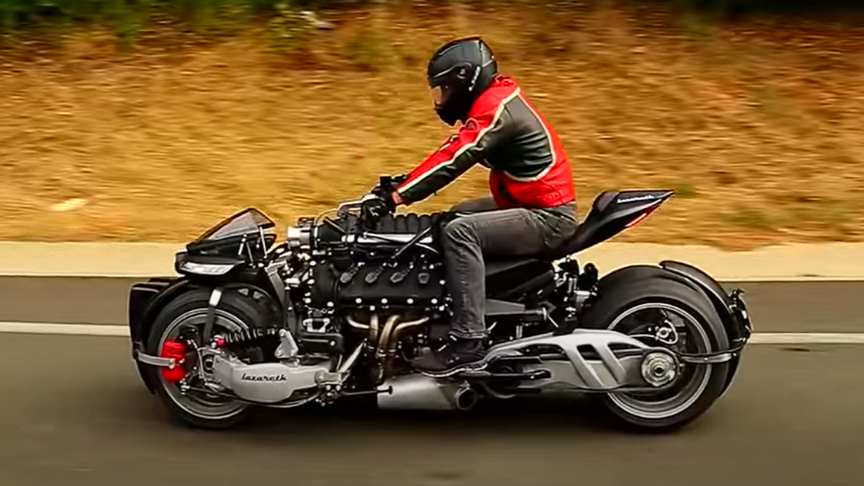 Brakes are provided by two 8-piston calipers on 420mm diameter perimeter discs.A detail, the brake levers are reversed to improve ergonomics and braking precision. The mechanism is found right inside the handlebar.

The two rear trailing arms are articulated around the primary transmission axes thus enabling the two chains to transmit optimally the 470 bhp. With a 1850 mm wheelbase and four 17 » wheels allow the bike to stable right the first mph, enough to counter the 620 Nm of torque.

This bike has only one speed, power is transmitted via a torque converter that takes the machine from 0 to 100 mph in seconds!This marvelous piece of engineering features a duel-wheel hub center steering front end and duel back end wheels, complemented by nothing else than a powerful Maserati engine.// Lazareth Auto-Moto