The 1901 Werner is generally acknowledged as the first powered two-wheeler to carry its engine in the frame where the bicycle’s bottom bracket and pedalling gear had been located, and thus is credited as the progenitor of the modern motorcycle. 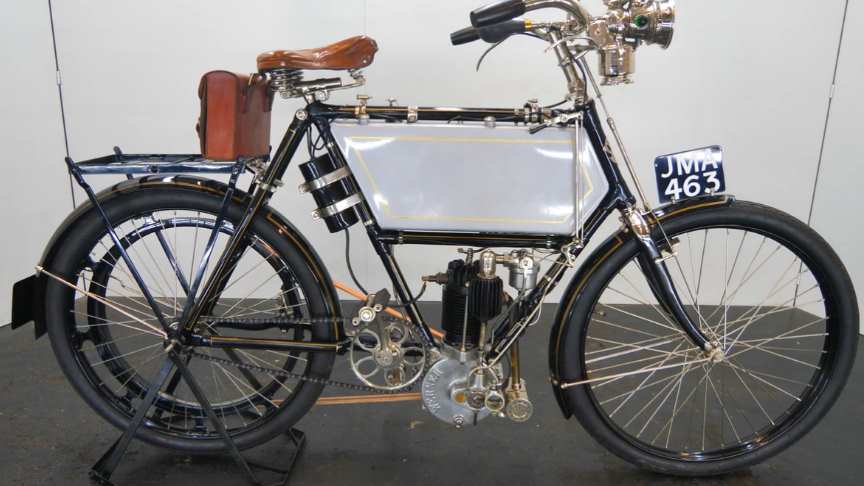 One of the first practical motorcycles, the Werner Motocyclette proved an immediate success and the brothers abandoned their cinematograph business to set up a factory to build it. Harry J Lawson acquired the British rights to the design and in 1900 Werner sold a staggering 1,000 machines.

The history of this outstanding Werner is known until the Second World War. It comes with a pioneer certificate and a lot of records. It was featured in the magazine “The Classic Motorcycle” issue Dec.1986.

It has been restored to highest standard with care only with original parts and comes with some pics in unrestored condition. This Werner we offered here is equipped with a bulb horn and a Lucas acetyphote lamp. It is a rare opportunity for each collector of pioneer motorcycles./classic-motorcycle.com