“My bro-in-law loves “D-Rad” motorcycles. These vintage bikes were produced between 1922 and 1932 in Berlin, Germany, by the “Deutsche Industriewerke AG”.”//bangalorebobbel 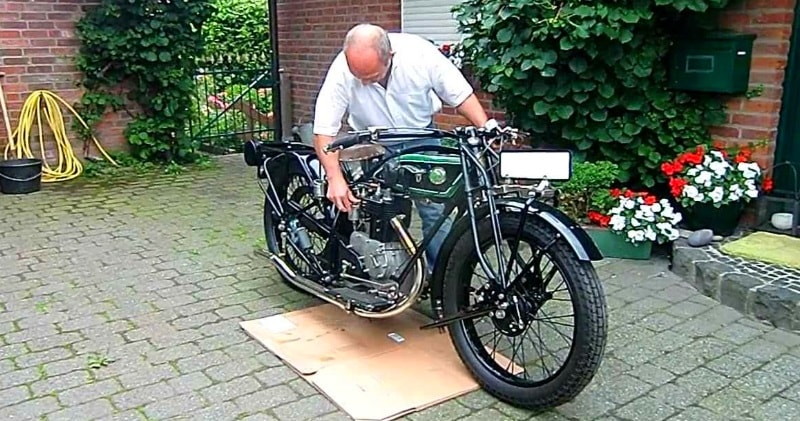 Here he starts one, which he restores since 1984. Now it seems to be complete – nothing but the number plate is still missing.

This 500 cc single cylinder thumper is from 1925, means 86 years old, and the guys in those times really kew what is a motorbike’s best sound thumping nicely dug, dug, dug.

Originally, the sound is much more loud as You may hear in this video, of course – the micro was immediately closed by the cam’s automatic in order to avoid damages. In reality, it is loud as anything. via/bangalorebobbel