The James Cycle Company Ltd was formed in Birmingham on the 22nd May 1897 by one Harry (Henry William) James, who’s tenure as Managing Director was short lived as he retired from the company the following year. The first two-stroke machines arrived in 1913 but ran alongside side valve and overhead valve models. 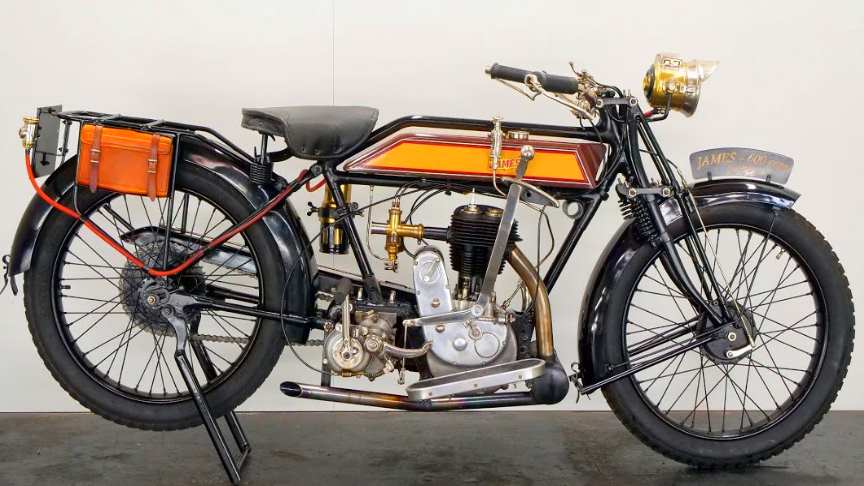 Some machines were supplied for military use during the First World War During the late 20s and early thirties James had genuine sporting aspirations most notably with the speedway model which featured a 500cc V-twin James-built engine, stripped-down strengthened frame and all-metal clutch./classic-motorcycle.com

The 500cc model ran from 1929 until 1931, but the speedway version was only produced for 1929 and 1930. A road going version of the V-twin was enlarged to 749cc to become the largest capacity machine ever built by James.

This Model 6 has been restored years ago to high standard and is equipped with a Lucas acetylene lighting set, foot controlled clutch and an AMAC carburetor.Its reliable 600cc single runs fine.via/read more: classic-motorcycle.com