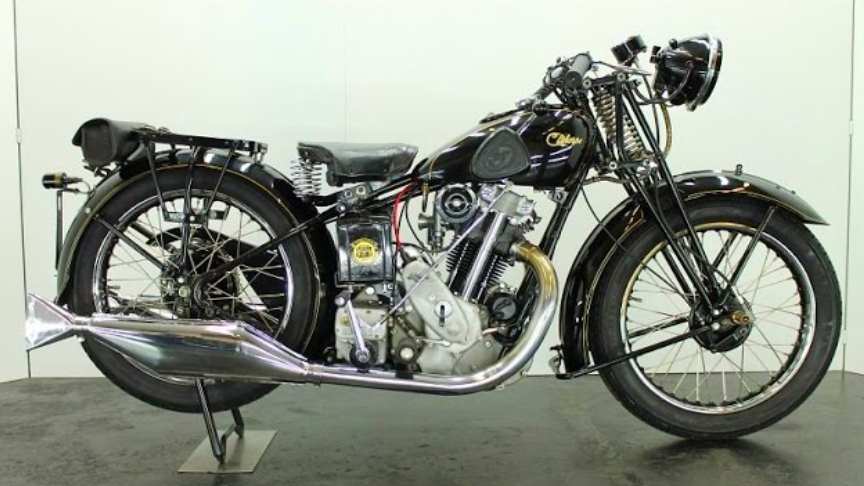 This rare 500cc ohv vintage motorcycle is equipped with a Amal carburetor, complete electrical lighting system, Terry seat, Burman 4 speed box and a magneto ignition made by BTH. This bike is one of only 32 known surviving Ivory Major M1 models. This Calthorpe has been restored some years ago.

In the late 1920s, the company launched a new range under the sub-brand of Ivory Calthorpe. Using a self-produced single-cylinder sloper-design engine, the engine was similar in proportions and output to contemporary BSA units.

The ohv twin-port 348cc launch unit was fitted into a full-cradle duplex frame, and used a 3-speed Burman gearbox, with a tank mounted change.The engine breathed through an Amal carb, and used a BTH magneto mounted to the rear of the cylinder. By 1935 there was a 498cc option, but top speeds were similar at around 70 miles per hour (110 km/h).