DKW was founded in Zschopau in 1919 by Danish engineer Jorgen Rasmussen and built its first motorcycle power unit, a single-cylinder, clip-on engine for bicycle attachment, in 1921. 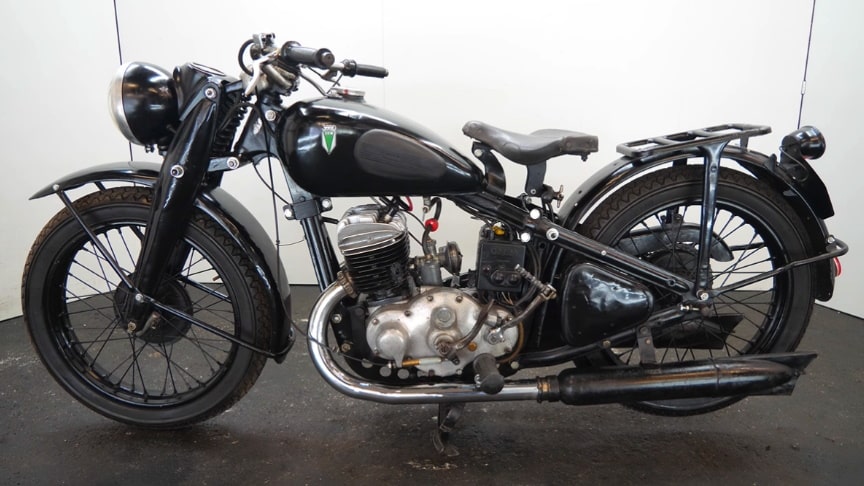 Designed by Hugo Ruppe, this 122cc motor was a two-stroke, and DKW would remain faithful to this engine type from then on, becoming world leaders in two-stroke design in the 1930s thanks to the prescient adoption of the Schnuerle loop-scavenge system.

DKW was Continental Europe’s largest motorcycle maker at this time, manufacturing a huge and diverse range of road bikes during the 1930s.This machine has been used by the Military and is an older restoration. It runs fine and is ready for the road.