Norton relied on proprietary engines in its formative years – winning the inaugural Isle of Man TT with a Peugeot-engined machine – before introducing its own design of power unit in 1907. Designed by company founder James Lansdowne Norton himself, the long-stroke sidevalve single displaced 633cc, and the new model it powered became known as the ‘Big 4’. 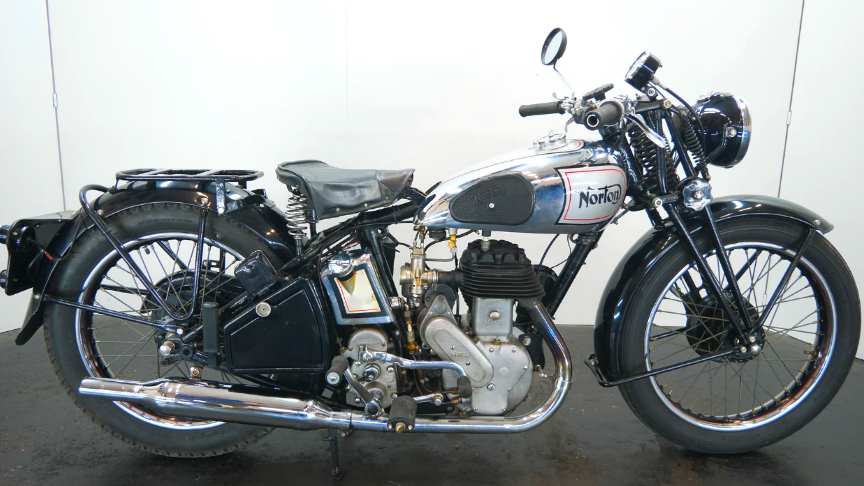 Smaller capacity versions followed, and in 1911 the 500 adopted the classic 79x100mm bore and stroke dimensions which would characterise the half-litre (actually 490cc) Norton for the next 50 years. The 490cc engine was revised for 1914 and in 1921 the Model 16, as it had become known, received a new lower frame, becoming the 16H.

Norton’s trusty sidevalve would be continuously up-dated for the next 30-plus years, the engine arriving at its final incarnation, with dry sump lubrication and magneto repositioned behind the cylinder, in 1931.

Many 16Hs saw service with Allied forces in WW2 before this long-running model took its final bow, together with the Big 4, in 1954. This sturdy 16H comes complete with Lucas lighting set and Amal carburetor.The engine with its 100mm of stroke and 14hp runs smooth.via/read more: classic-motorcycle.com