The Norton 16H is a designation given to British motorcycles made between 1911 through to 1954 with various modifications and refers to a single cylinder Norton 490cc side valve engine with a bore and stroke of 79 x 100 mm. 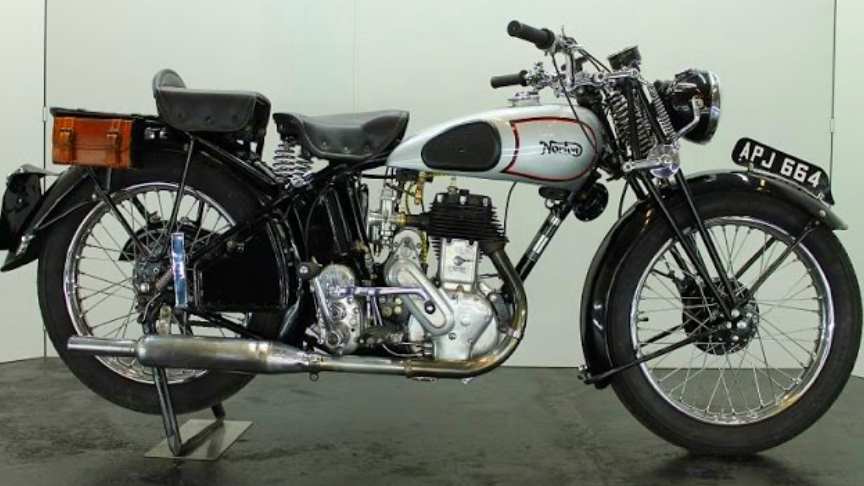 The H denotes the Home model as distinct from the Colonial export model.This sturdy 16H comes complete with Lucas lighting set and Amal carburetor.The engine with its 100mm of stroke and 14hp runs smooth.

In 1911 James Lansdowne Norton entered a side valve 490cc single in the new 500cc Senior Class race of the Isle of Man TT. He was unplaced but the following year the motorcycle had been improved and won the Brooklands TT, setting three world records.

A drive chain was developed to replace the belt drive and although production was delayed by the First World War the Model 16 as it became known gained a Sturmey Archer gearbox and had a racing heritage that included 21 world records./wikipedia