In 1948, BMW’s postwar motorcycle production recommenced with the R24 single but it would be another 12 months before a twin-cylinder model became available again. This was the R51/2 based, as its designation suggests, on the pre-war R51. 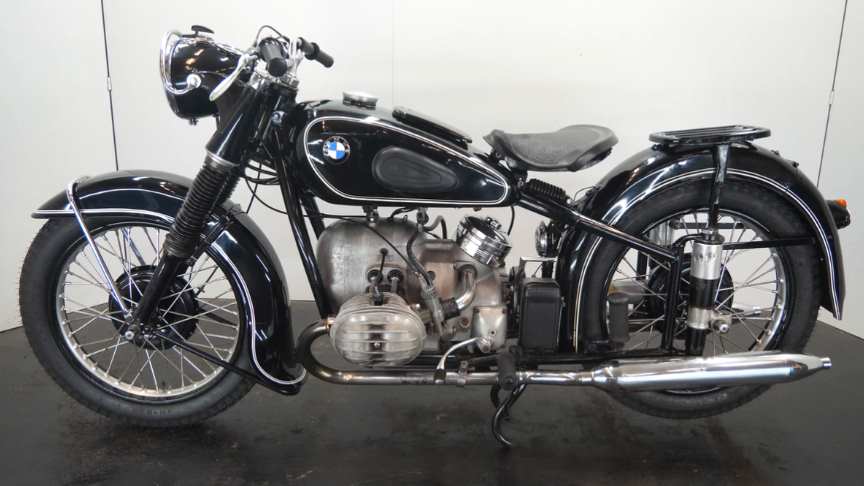 In truth, the R51/2 was only a stopgap model to get production under way while BMW worked on something more modern.

Its replacement, the R51/3, arrived in February 1951 and despite the similarity in designation had an entirely new and much neater looking engine incorporating a single, gear-driven camshaft and crankshaft-mounted generator among a host of other advances.This bike is a good runner./classic-motorcycle.com