It was introduced at the London Racing and Sporting Motorcycle Show in February 1972, and sold in the US market until 1973, replaced by the CB 550 in the 1974 model year, while continuing in the European market until 1978. 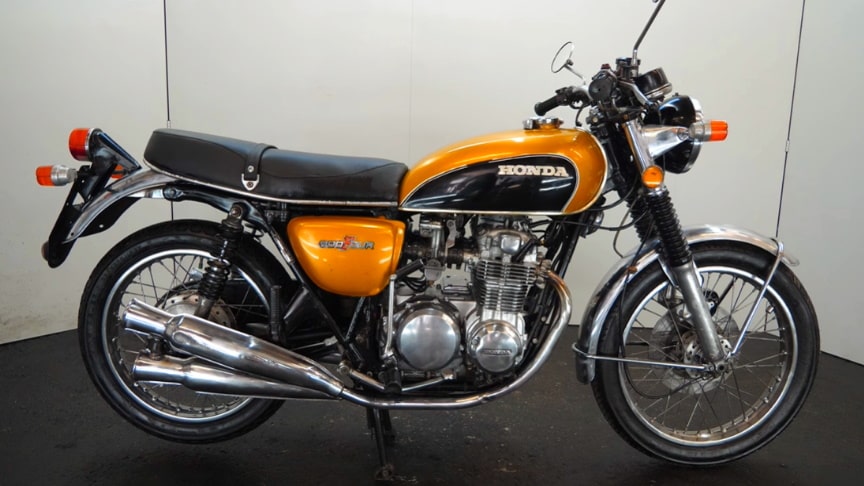 Like the earlier CB 750 it has a single front hydraulic disc brake, rear drum brake, electric starter, and sohc eight-valve engine. The four-into-four exhaust pipes echoed those of the CB 750.

Unlike the earlier dry sump CB 750, the smaller bike has a wet sump engine. Also, the primary drives were different, the CB 750 having a duplex chain, while the CB 500 had a “Hy-Vo” Morse chain.The Honda runs reliably and powerfully./classic-motorcycle.com