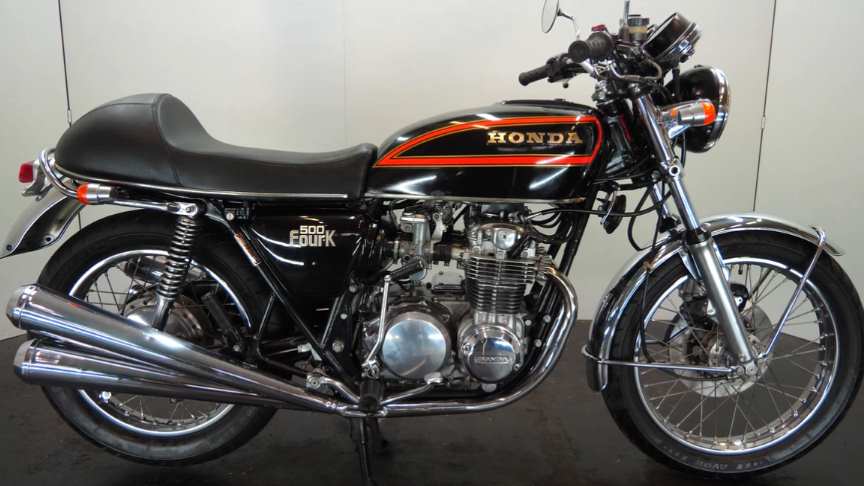 The four-into-four exhaust pipes echoed those of the CB750. Unlike the earlier dry sump CB750, the smaller bike has a wet sump engine. Also, the primary drives were different, the CB750 having a duplex chain, while the CB500 had a “Hy-Vo” Morse chain.//wikipedia