Ariel’s design department was blessed with a surfeit of talent as the Selly Oak firm entered the 1930s, Chief Designer Val Page having under his wing both Edward Turner and Bert Hopwood. 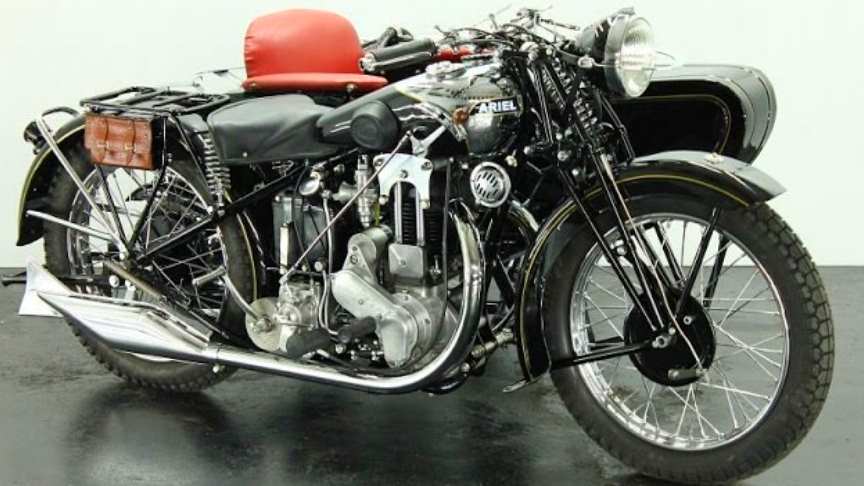 The Ariel range at this time encompassed a dazzling variety of models: vertical engines, sloping engines, side valves, overhead valves – two or four per cylinder – all were represented along with Turner’s revolutionary Square Four.

It was Page though, who had laid down the basics of Ariel’s four-stroke singles range in 1926, moved the magneto behind the engine for ’27 and thus established the form in which the engine would survive for the next 30 years. There were 5 models in 1927 A,B,C,D and E.

The models A and B were 557 cc side valves, C was an ohv Standard machine, D was the De Luxe version of the C and E was a Super Sports machine.This powerful and sturdy Ariel 500cc ohv has been restored with great care some years ago. The sidecar complemented the bike and round off this wonderful piece of history.via/read more: classic-motorcycle