This is probably the best and fastest of it’s genre, the Japan model having an electric start, the general export model did not. The K2 model also introduced new ‘candy’ colour schemes to the quarter litre class, and like it’s predecessor lasted only one year before replacement with the new upright CB125K3 with a semi fabricated frame. 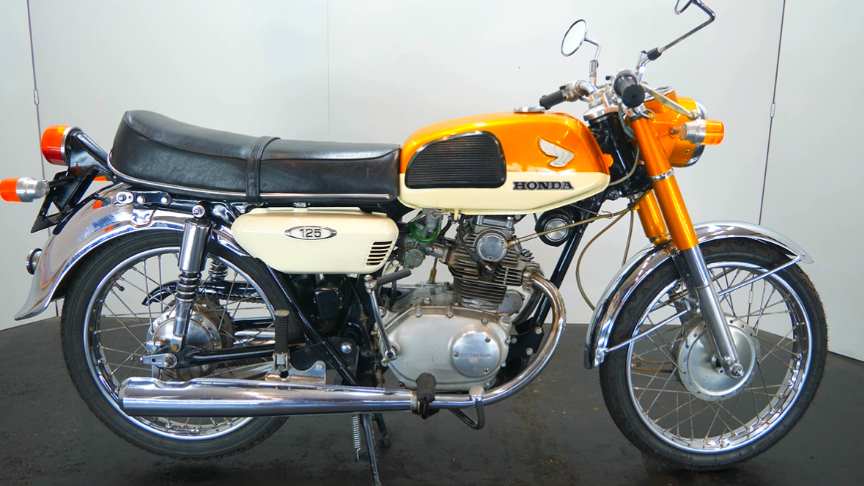 Which led the way for all the rest of the k series and B6 model 125’s which were all powered by the same lightweight ultra compact twin cylinder engine.

The final CB125 sports twin was the CB125T range first launched in 1977, this was the fastest four stroke production 125cc twin ever produced, and still has not been bettered up to the present day it’s 16bhp @11500 rpm engine propelled this bike, in the right hands to 88 mph!

All subsequent Honda CB125 twins have used this 44mm x 41mm bore and stroke engine, from sports bikes to cruisers in various states of tune, but by the end of the 1980’s Honda stopped producing 125 twins.via/read more: classic-motorcycle.com