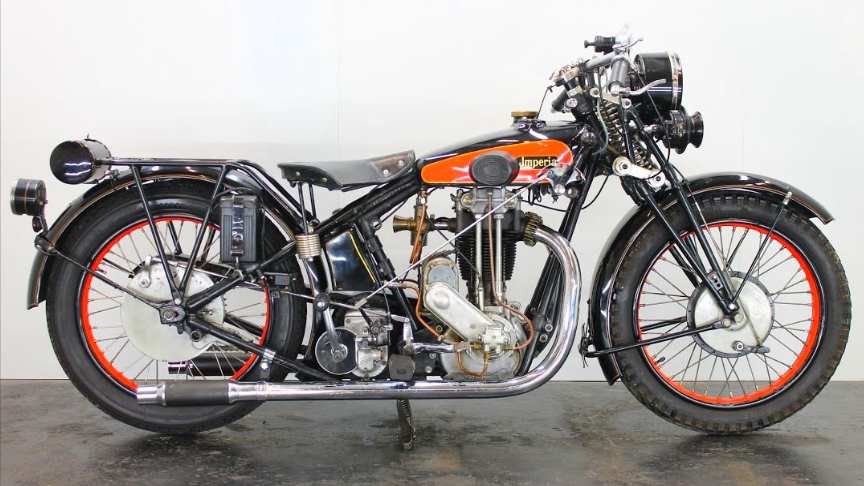 The Imperia Python machines were widely used in competition. 1933 saw the introduction of Villiers-engined models of 150 & 200cc. Locally sourced Bark two- and four-stroke engines were employed in several models, and Rolf Schröldter designed a range of new and very unconventional two-strokes./ classic-motorcycle.com

The first was a 348cc double-piston single with the pistons running in opposite directions and a single sparkplug in the centre, based on a Junkers patent. There were really two crankshafts, one on each side of the cylinder. They were connected by a chain and on top was a supercharger.