The firm was established by Joseph Saroléa in 1850 at Herstal (Liege) as an arms factory, and bicycle production began in 1892. Two years later Joseph died and his widow and sons assumed management. The firm thrived and early in the early 20th century (probably 1900) the first Sarolea motorised bicycles appeared, with engines designed by chief engineer Martin Fagard. 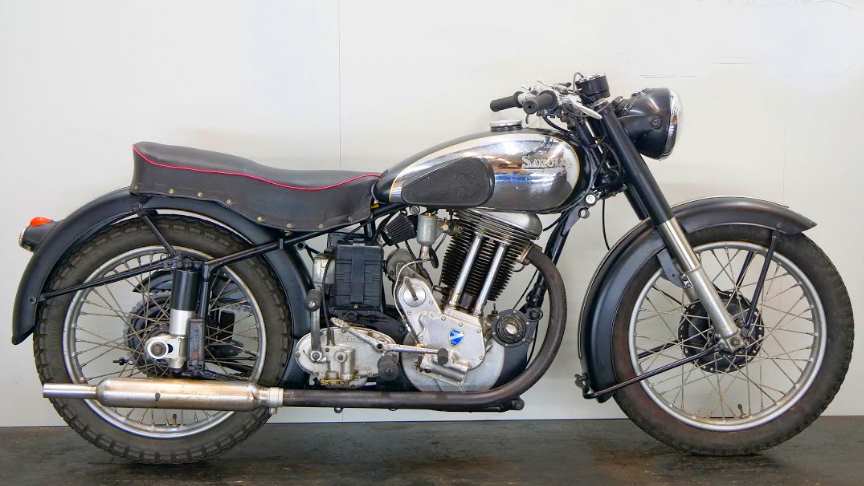 Saroléa was soon well established in the market and by 1907 the firm employed around 200 staff working in a factory of 4000 square metres. Both singles and V-twin engines were constructed, and these were supplied engines to a number of firms in several countries. Complete Saroléa machines were sold in Great Britain under the Kerry brand.

Saroléa used a variety of British components including AMAC carburettors and Sturmey Archer gearboxes, the latter replaced with Sarolea boxes in 1927. During the 1920s and 30s the firm was involved in competition events including reliability trials and hill climbs, fielding OHV machines which proved both succesful and popular.

In 1954 there were 2 589cc models; T6 with 14hp and the top model S6 with 25hp. Postwar, the firm survived until 1957 when it joined forces with FN and Gillet-Herstal. Sarolea-badged machines continued to appear until 1963, at which time the company was taken over by Gillet and Sarolea machines were no longer marketed.via: classic-motorcycle.com