The first Triumph motorcycle of 1902 used a Belgian Minerva engine but within a few years the Coventry firm – originally a bicycle manufacturer founded by German immigrants Siegfried Bettman and Maurice Schulte – was building its own power units. 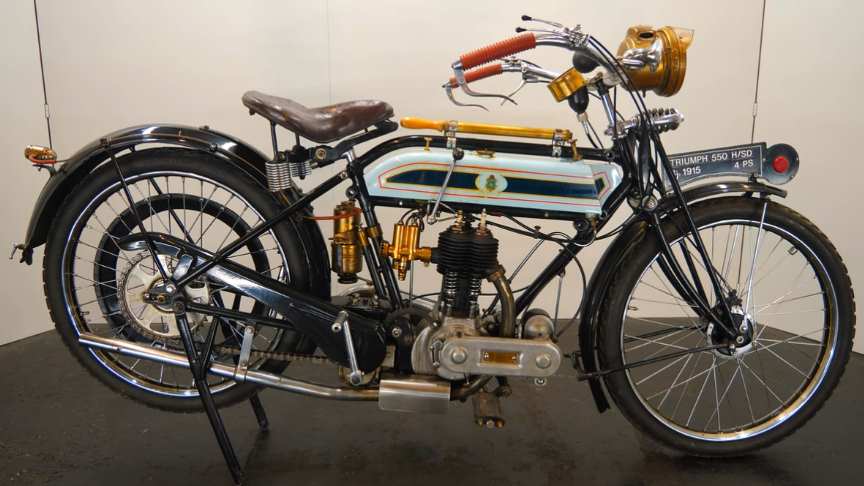 Triumph’s 3½hp model had first appeared in 1907. Originally of 453cc, its sidevalve engine was enlarged to 476cc in 1908 and finally to 499cc in 1910 before being superseded by the 550cc 4hp model in 1914. Equipped with three-speed Sturmey-Archer gearbox, it was this revised 4hp – the Model H – that did such sterling service in WWI, some 30,000 ‘Trusty Triumphs’ seeing action with British and Allied forces.

Updated with chain final drive for 1920, it became known as the ‘SD’ (Spring Drive) because of its clutch-mounted, coil-spring shock absorber and formed the basis of the later four-valve Ricardo model.