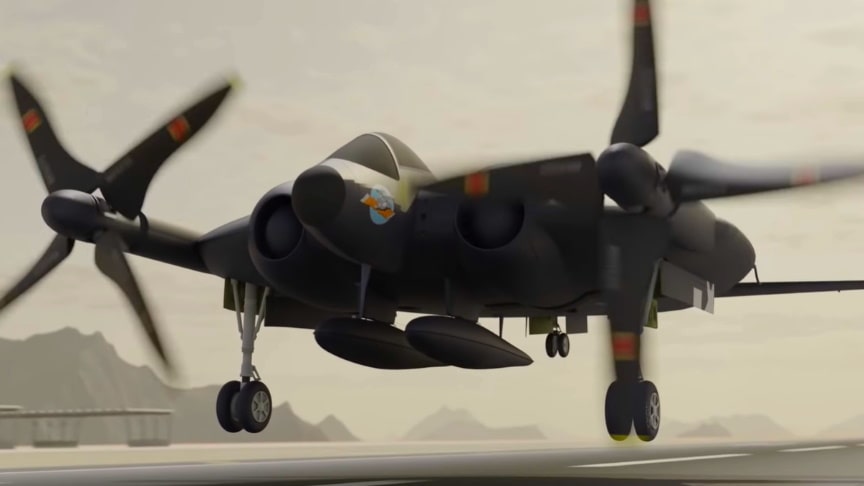 Both the V-173 and the XF5U featured an unorthodox “all-wing” design consisting of flat, somewhat disk-shaped bodies (hence the name) serving as the lifting surface.Two piston engines buried in the body drove propellers located on the leading edge at the wingtips.

Its most eye-catching and unique feature was its circular wing, which was a relatively small 23.3 feet or 7.1 metres in diameter.This small wing area was meant to provide structural strength and allow the craft to have a high level of manoeuvrability.A huge three-bladed wooden propeller was mounted at the tip of each airfoil.

These twin giant propellers would ensure that the entire aircraft was covered in constant slipstreams, thereby maximizing its aerodynamic performance in conjunction with the NACA airfoil. These prop-rotors were powered by a pair of air-cooled Continental A-80 radial engines capable of a very modest 80 horsepower. The two four-cylinder piston engines would be housed within the fuselage on either side of the cockpit and just above the landing struts.