The video shows a self-righting behavior of the four-legged walking robot Charlie, developed by the Robotics Innovation Center (RIC) of the DFKI. 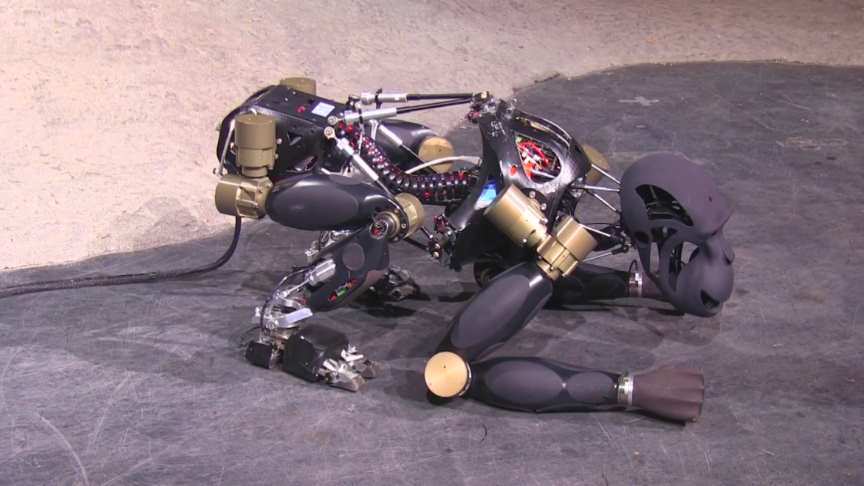 Where the 6DoF artificial spine of Charlie was key to reach the stable four-legged pose.The first transition has been optimized using state-of-the-art machine learning algorithms.

The robot first moves from supine position to prone pose. It transitions to standing posture and relies on its 6DOF artificial spine to reach the 4-legged pose.