After years creating machines to 3D print rubber, recycled plastics, clay and geopolymers, the Italian start-up WASP created a printer capable of printing a home for the cost of the dirt. In 2018, the team printed their first home in 10 days using local earth (30% clay, 40% silt, 30% sand), 40% chopped rice straw, 25% rice husk and 10% lime. “Gaia” cost 900 euros in materials for 30 meters of wall. The round-shaped structure relied on a wooden roof and beams for support. 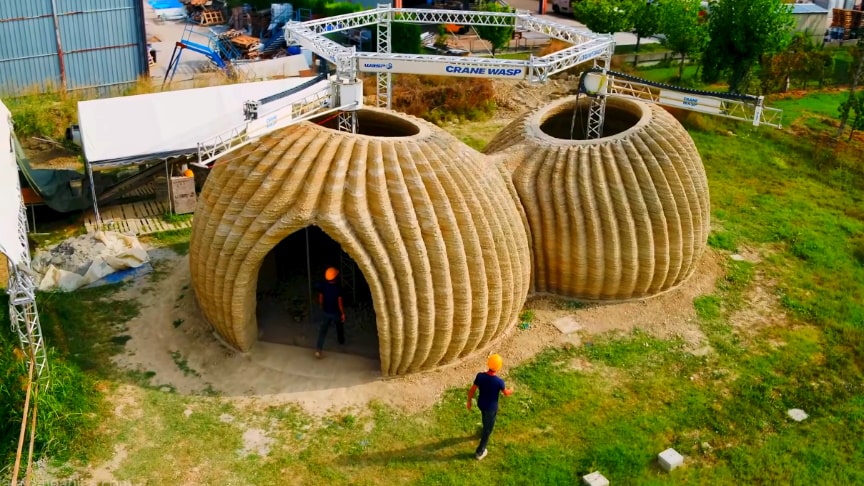 WASP (World’s Advanced Saving Project) is the brainchild of father-daughter team Massimo and Francesca Moretti. Launched in 2011 when Francesca, a designer, began tinkering with early 3D printers and introduced her electronic technician father to the tech. Massimo, inspired by nature – and specifically the mason wasp which builds its own nest with material recovered from the surrounding environment – he began designing a 3D printer capable of building houses with local, natural materials “at a cost tending to zero”.