Martin Le-May, a casual photographer from East London, snapped a weasel flying on the back of a woodpecker. Although an event like this is almost unheard of it can kind of be explained considering the relationship both animals share in the wild. 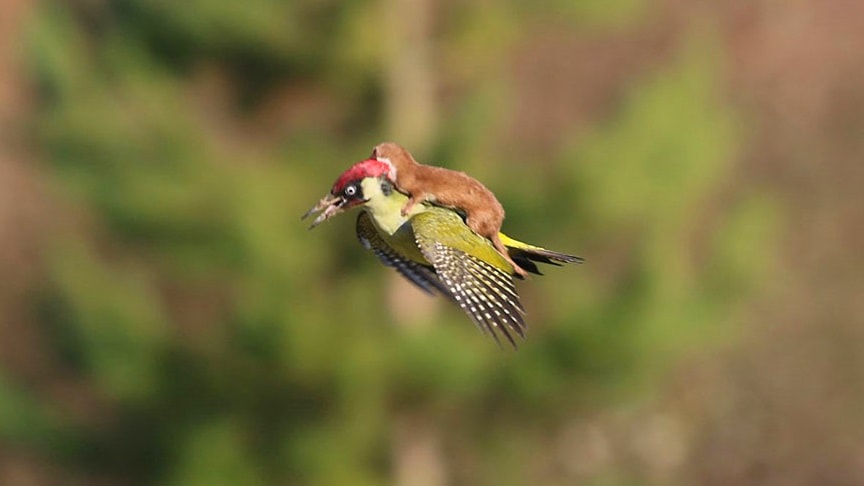 The photos were taken on Country Park in east London. While it may seem cute and sweet, the truth behind the images is actually a lot more disconcerting.The baby weasel and woodpecker are actually in a fight for their lives.

The little weasel is hungry and wants to make a meal out of the woodpecker. Meanwhile, the woodpecker simply wants to live to see another day and so they are locked in a battle to the death. 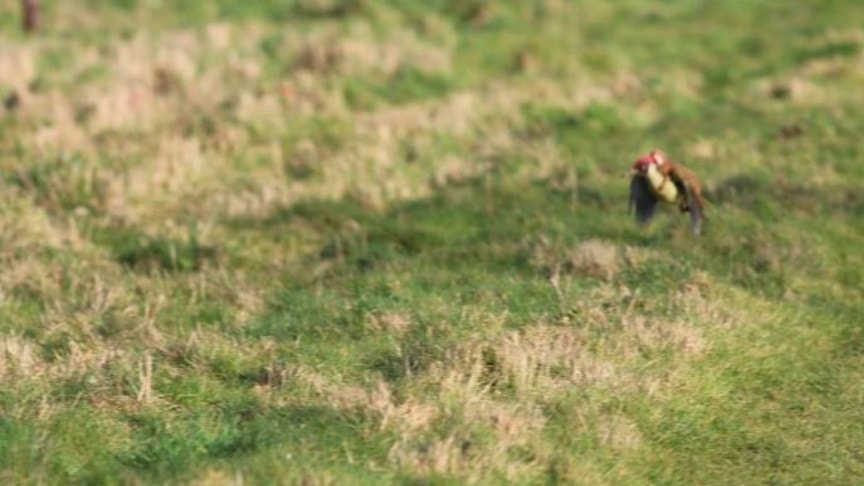 As their name suggests, weasels are well-known for robbing nests and taking eggs for food. It is likely that this is what happened here, not that the small mammal expected the woodpecker to put up such an epic fight.Martin Le-May: “After the woodpecker landed, they fought and then the weasel fled.“The woodpecker left with its life. The weasel just disappeared into the long grass, hungry”.