1977: Let’s Slap an 8-Track in the Player and Fly, Fly AwayIt’s hard to imagine a crazier mismatch than the energy-challenged 1970s and a gas-guzzling, flying camper, but Winnebago’s Heli-Home (aka the Heli-Camper) was a real thing forty years ago. 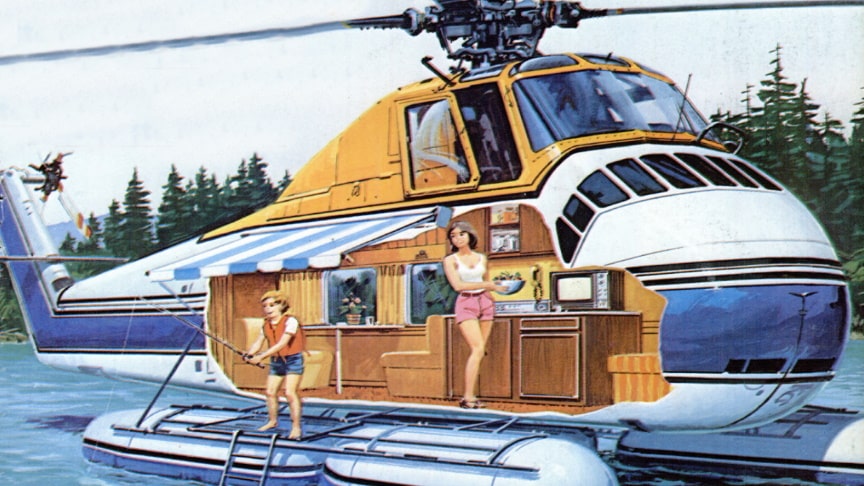 Ads touted it as “the most dramatic, comfortable, convenient and unique RV in the world.” The Heli-Home had room for six passengers and packed a complete, if tiny, kitchen and living space into its 115 square feet. Entertaining aloft was a must — the Heli-Home was equipped with a TV, a mini-bar, and an eight-track tape deck. This was the 1970s, after all.

Fewer than ten Heli-Homes were sold. Maybe its hefty price tag ($185,000 and up) and its greedy gas mileage — 75 gallons an hour — had something to do with that. But the contraption attracted a lot of attention at RV shows and dealerships and it got attention from TV news crews, as demonstrated by this WTVJ news clip from 1977.