The global reveal of the WMC250EV from British engineering company White Motorcycle Concepts – a new electric motorcycle prototype incorporating a revolutionary aerodynamic concept and technical innovations which will pave the way for an industry revolution for mass-market electric motorcycles. 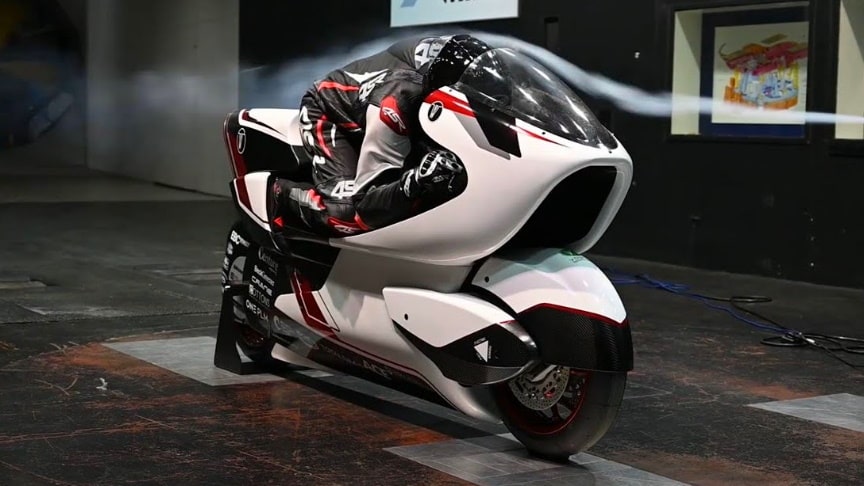 The WMC250EV has a patent granted aerodynamic concept (V-Air), the two wheel drive (D-Drive) and the enhanced energy transfer to the rear wheel (F-Drive).

This features a large duct at the center of the bike which forces air through the bike, rather than around it, reducing the aerodynamic resistance by 70% compared to the market-leading high performance road bike.

This e-bike is capable of speeds exceeding 400kmh.the large duct on the WMC250EV also increases the axial load on the front of the motorcycle allowing it to use a D-drive motor unit that powers the front wheel which in turn makes it possible to harness regenerative braking energy.

The WMC250EV will achieve twice the mileage for the same electric charge than the current electric motorcycle market equivalent. With range limitations being the main concern of electric vehicle ownership, the WMC250EV solves a major problem. The benefits for both speed and efficiency of energy use have serious potential to disrupt the market as we know it.