I started by cutting many 2x6cm spruce pieces of various lengths. i glued them together into layers which would later be glued into a single block. I used two component melamine glue designed for glulam structures. It’s fire resistant,doesn’t burn and it doesn’t lose its mechanical properties at high temperatures so it’s ideal for a project like this one. 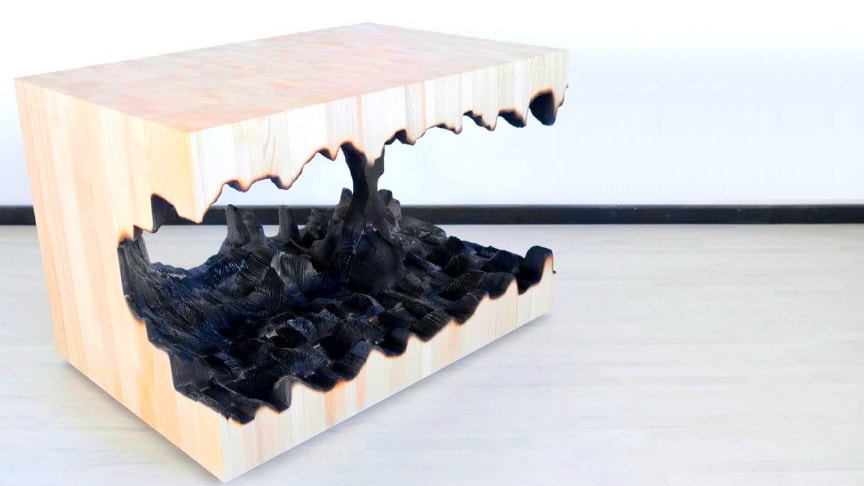 All layers were planed on my aldinger planer and then glued together using the same glue. I positioned the block upright and burned the inside, a small section at the time and put out the flames with water when they became too intense.

This way I was able to control just the right amount of burned layer. The following day, after the block has cooled, I removed the burned layer by sandblasting. It took about 8 hours and 60 kg of quartz sand. Sand I used has 0.1-0.6 mm grain size.

After air blasting away all the sand I could get, I positioned the block on the robot table and flattened all the sides. After robot milling and fine sanding, the all surfaces were protected with two coats of clear PU matte varnish with light hand sanding in between the two coats.//lignum