A differential is a gear train with three shafts that has the property that the rotational speed of one shaft is the average of the speeds of the others, or a fixed multiple of that average. A car differential is placed halfway between the driving wheels, on either the front, rear, or both axes. 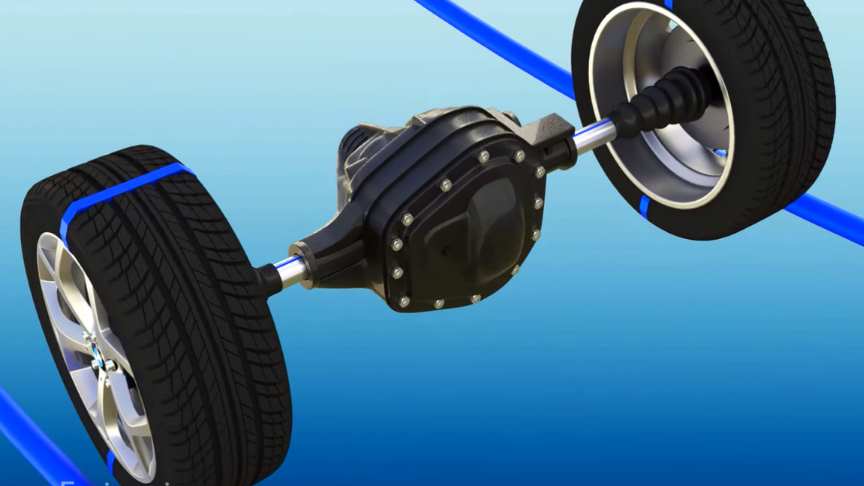 Let’s understand the working of differential gearbox of an automobile in this video. This video is a re-release of an our old differential video with better visuals. Watch the video from Learn Engineering for more info:

In automobiles and other wheeled vehicles, the differential allows the outer drive wheel to rotate faster than the inner drive wheel during a turn. This is necessary when the vehicle turns, making the wheel that is traveling around the outside of the turning curve roll farther and faster than the other.