Have you ever wondered how Hard Disk Drives can store billions of bits of data within the volume of a short, small brick? Thinking about it, it’s really truly incredible that a library worth of data, millions of photos, or thousands of videos can be stored in a device that costs less than $100. 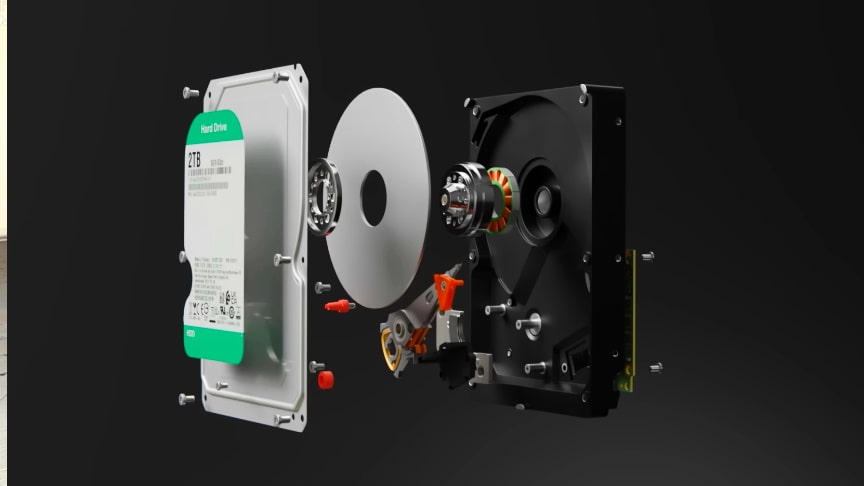 Data storage has truly evolved to incredible densities over the past 6 decades, and in this video, we’re going to see how exactly a Hard Disk Drive stores data, how it reads and writes data, and then the cutting-edge technologies that are continuing to decrease the size of each bit of data.

A modern HDD records data by magnetizing a thin film of ferromagnetic material on both sides of a disk. Sequential changes in the direction of magnetization represent binary data bits. The data is read from the disk by detecting the transitions in magnetization.

User data is encoded using an encoding scheme, such as run-length limited encoding,which determines how the data is represented by the magnetic transitions.A typical HDD design consists of a spindle that holds flat circular disks, called platters, which hold the recorded data. The platters are made from a non-magnetic material, usually aluminum alloy, glass, or ceramic.