During World War 2, the race for being the most technologically innovative country was more important than ever, particularly in aviation. As entirely new air forces were built from the ground up, almost a million aircraft were produced worldwide for warfare. 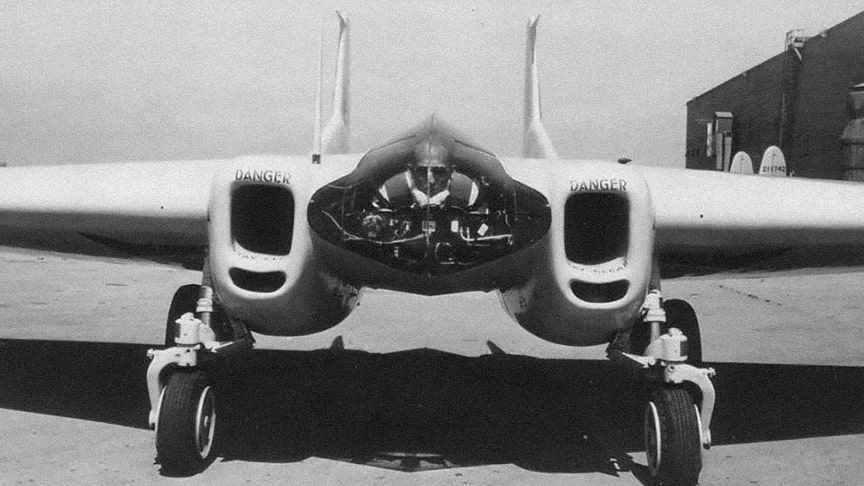 And even though the United States joined the war later than most of the other technologically advanced countries, they didn’t want to be left behind. To keep up with wild new technologies such as jet-power and flying wings, they wanted to design something that had never been seen before. The XP-79 was, at a time, thought to be the answer. Watch the video from Dark Skies for more info:

The XP-79 was the first jet-powered aircraft of the United States. Its purpose was to attack enemy bombers at unusually high speeds by ramming into them, without suffering any damage itself.To protect the pilot if the aircraft was damaged in combat the XP-79 was built using a welded magnesium alloy monocoque structure with a 0.125 in (3.2 mm) skin thickness at the trailing edge and a 0.75 in (19 mm) thickness at the leading edge.

Its unique shape and strong magnesium-covered armor would allow it to slice off the tails and wings from enemy aircraft. It was nicknamed “The Flying Chainsaw.”The XP-79B was lost during its first flight on 12 September 1945, following delays due to bursting tires and brake problems on taxiing trials on the Muroc dry lake. While performing a slow roll 15 minutes into the flight, control was lost for unknown reasons.